This is one of the most influential homes that Mr. Wright ever designed. This home was the first Usonian home that was built. Some will argue that La Miniatura (the textile block house in California) was the first, but I think of this as the first. The idea was to build a home for the common man. Mr. Herb Jacobs was a newspaper writer who had a reasonable budget for his home. The land was purchased, supplies purchased and home built for $5000. Not long after moving in, the Jacobs’ family discovered that the home drastically needed screens on the window. That bumped the price up to $5500. 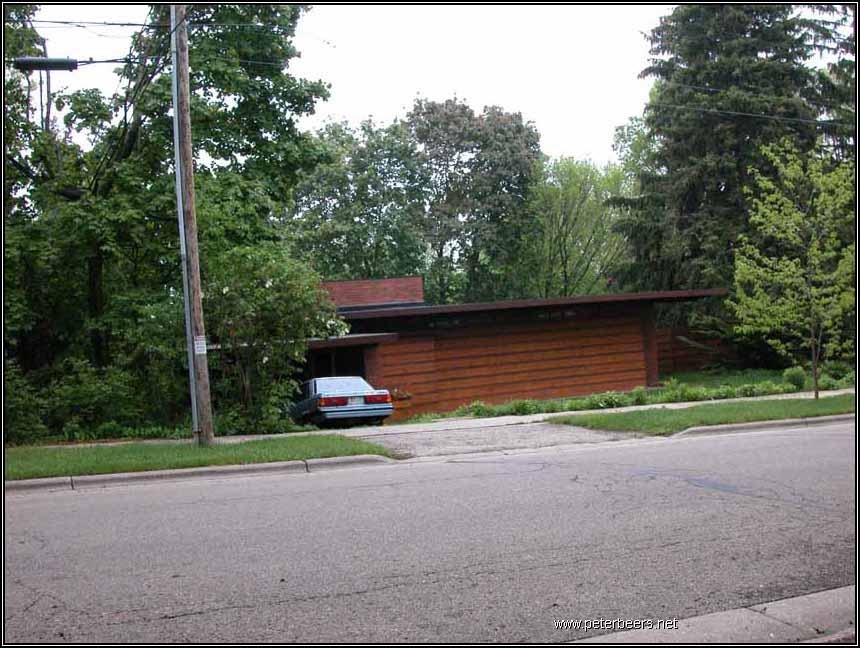 Another view of the Jacobs I Residence

This home is very special to me. Herb Jacobs was my grandmother’s cousin. I’ve seen photos of my mom playing in the plunge pool of the Jacobs’ second home. 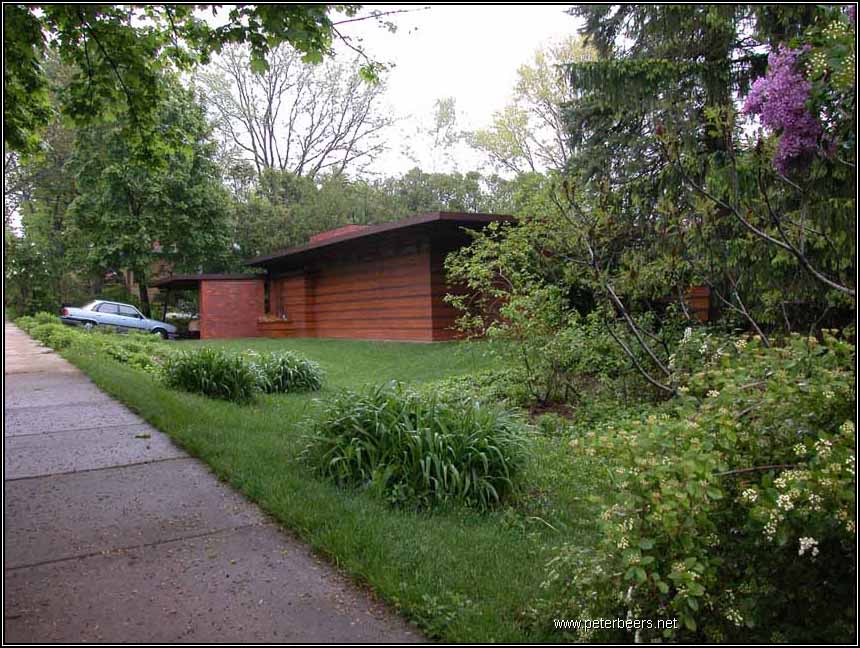 The side facing the street is designed to give privacy.

This home was built about the same time that Fallingwater was. Herb Jacobs writes fondly about meeting the Kaufman family when visiting Wright at Taliesin. He found it quite funny that he and E.J. Kaufman had so much in common. He thought of his home as cozy and modest. Mr. Kaufman’s summer home drew a lot more attention. The contrast may have been lost on Kaufman, but not on Jacobs. He found it quite humerous. 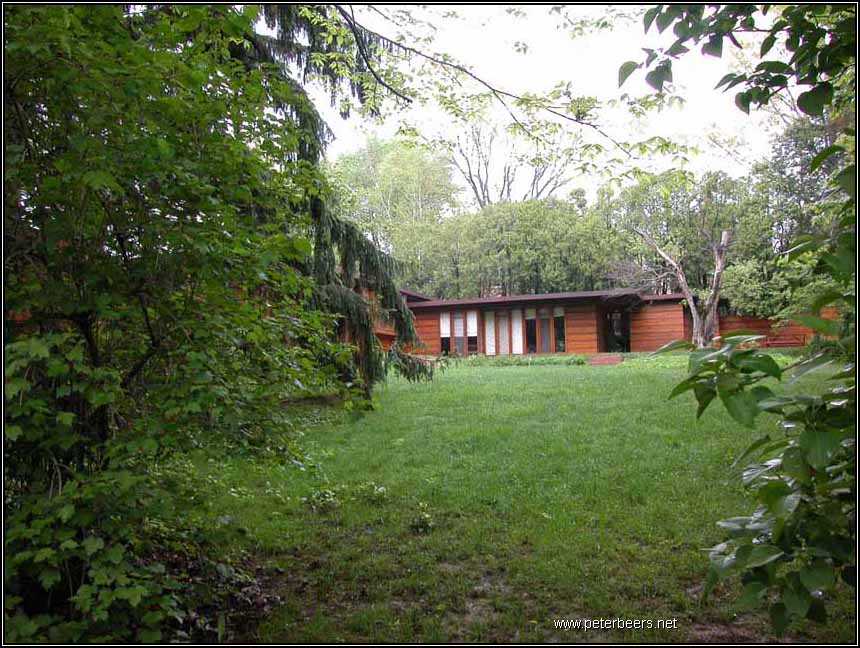 The garden side is open to include nature into the home.

The “L” shaped home has the living room, kitchen and dining room in one wing, and the bedrooms in another. There isn’t much room for a lot of storage. That was the nature of the Usonian homes. The walls are constructed of a plywood sandwich and are not load-bearing. The roof is held up by masonry pillars and cantilevered to give the home strength. The walls are used to keep the drafts out. :) The open nature of the home makes it at one with the outdoors. The abundance of floor-to ceiling windows makes for a a great view when you wake up in the morning, though not a lot of privacy if there’s a gap in the shrubs like you see above. 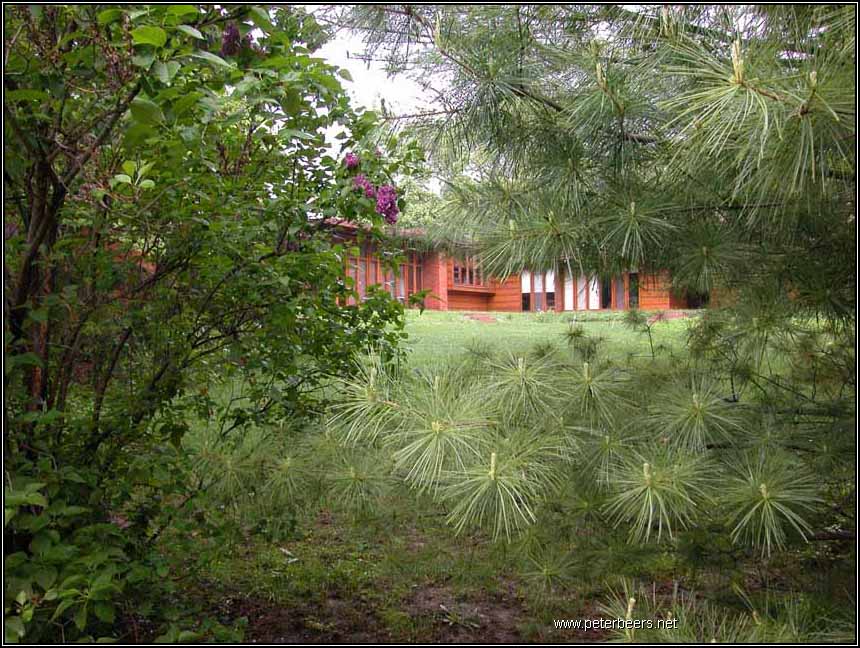 Looking at the garden from the street