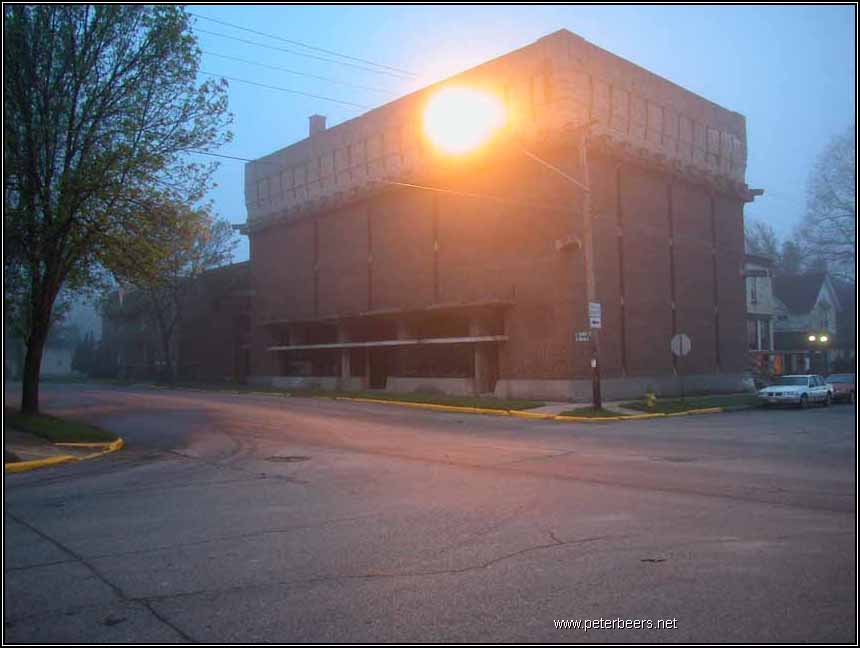 It was a foggy, early morning

It has been written that Frank Lloyd Wright was born in Richland Center, Wisconsin. (It has also been written that he wasn’t). The building you see above is the one building that he designed in the town that was famed to be his birthplace. According to Storrer, Albert Dell German was owed money by Mr. Wright. Instead of insisting on payment, he accepted a design for his new warehouse instead. It was designed as a place to store wholesale goods with a small retail space in order to sell them. 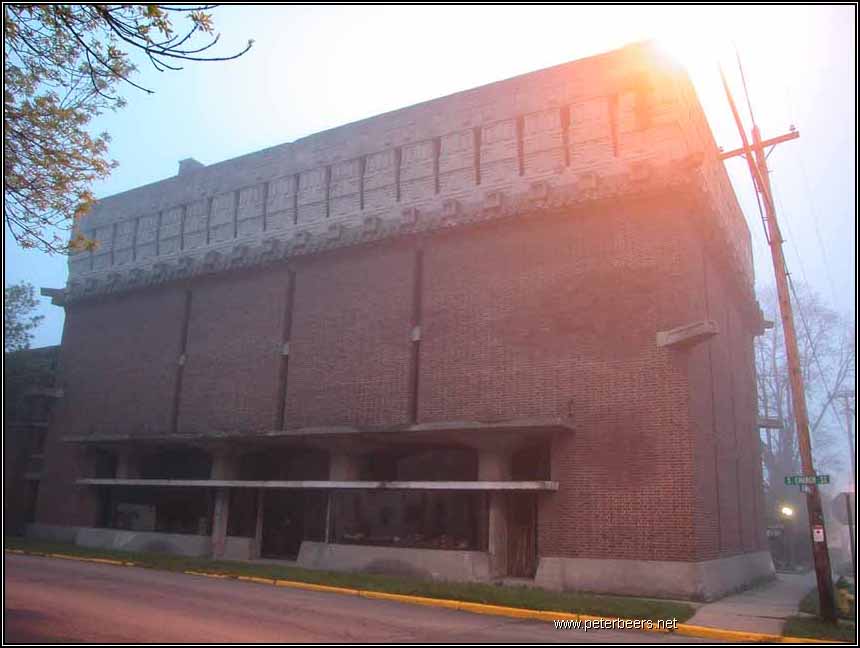 The original estimate for construction was $30,000. Construction started in 1917 using some techniques for poured concrete that had just been standardized by the Federal Government. By 1921, the cost was up over $125,000 and construction was stopped. Mr. German’s financial woes after WWI ended up with him losing the building for back taxes that were owed. He purchased it back in 1935 and then lost it again in 1937.

The building changed hands many times. Former Wright apprentice John Howe assisted with the restoration of the warehouse in the 1980s. As you can tell by these photos, it was a bit foggy the morning I visited the A.D. German Warehouse. My schedule was pretty tight, so I was there at sunrise. I liked the affect that the fog had on this building though. It gave it an element of mystery. 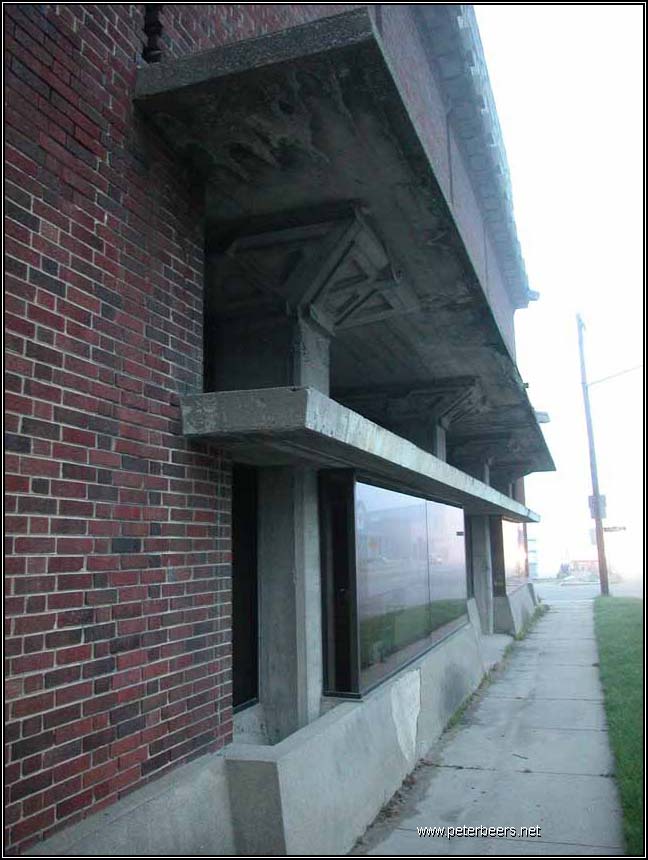 From the other side

The A.D. German Warehouse isn’t in the greatest of shape. Some of the photos show that the concrete work is crumbling. So far it is cosmetic. The building was built to be amazingly strong. It consists of poured concrete with brick on the outside. 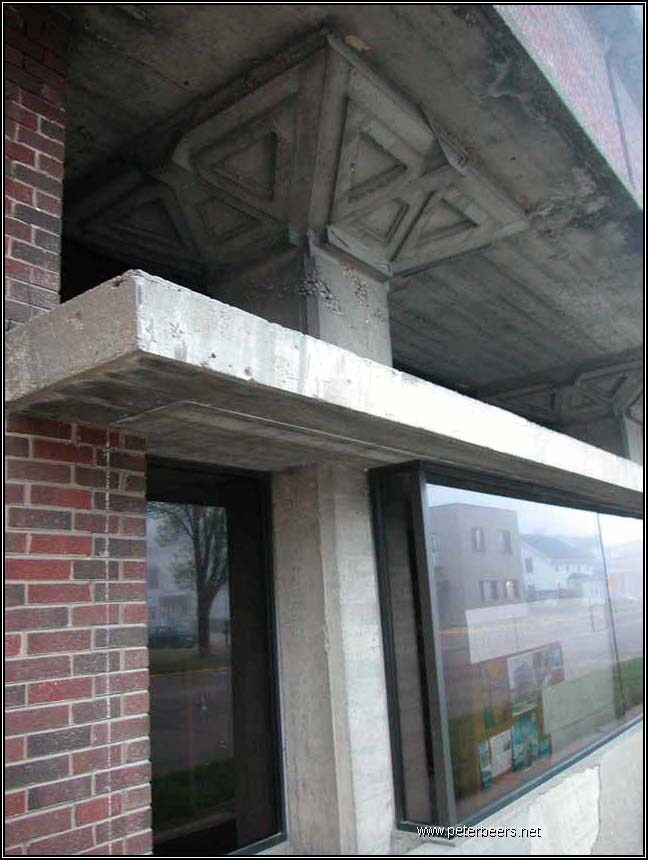 Close-up of the concrete 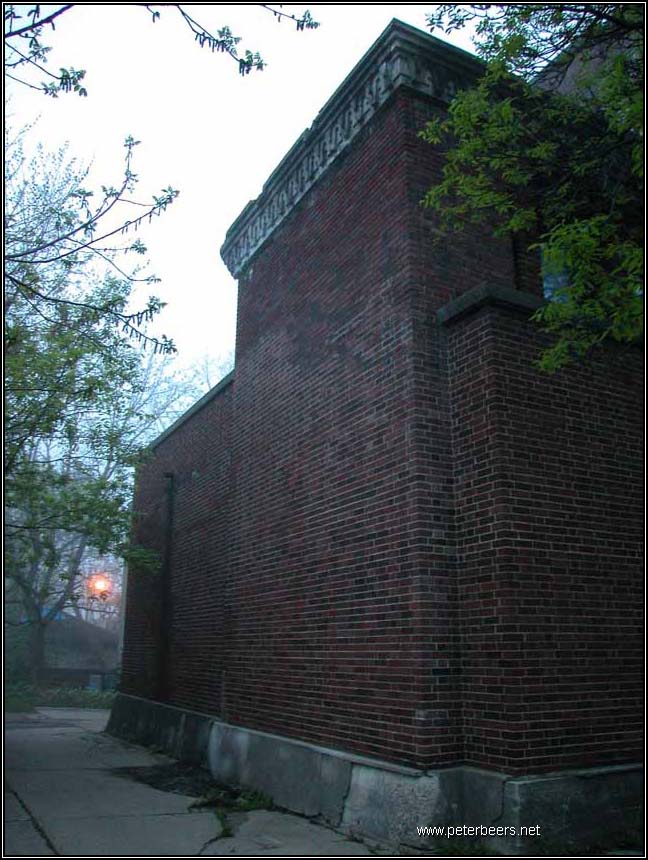 Looking from the back Another view of the back of the warehouse 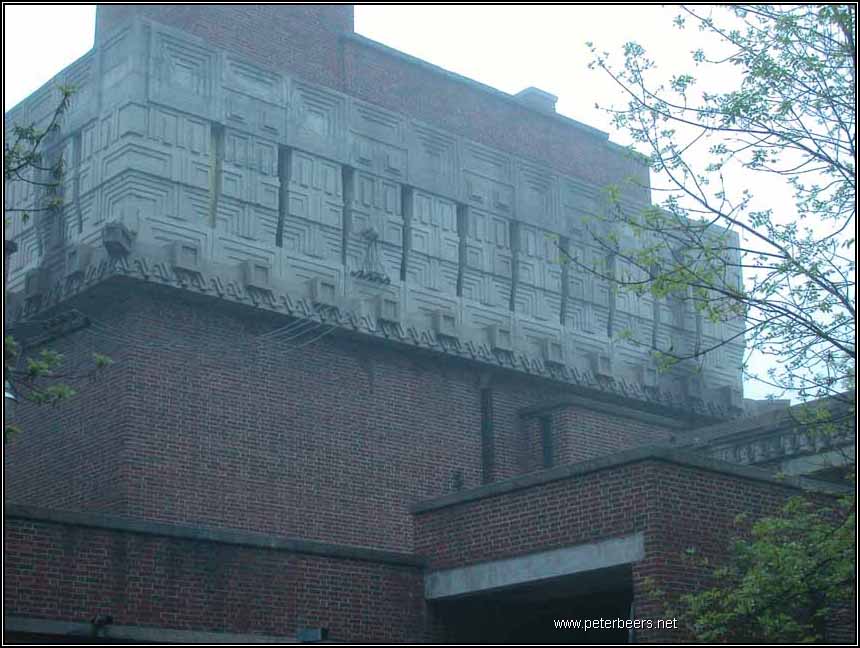 Close-up of the concrete work

Vertical of the back wall

From the other side of the street. 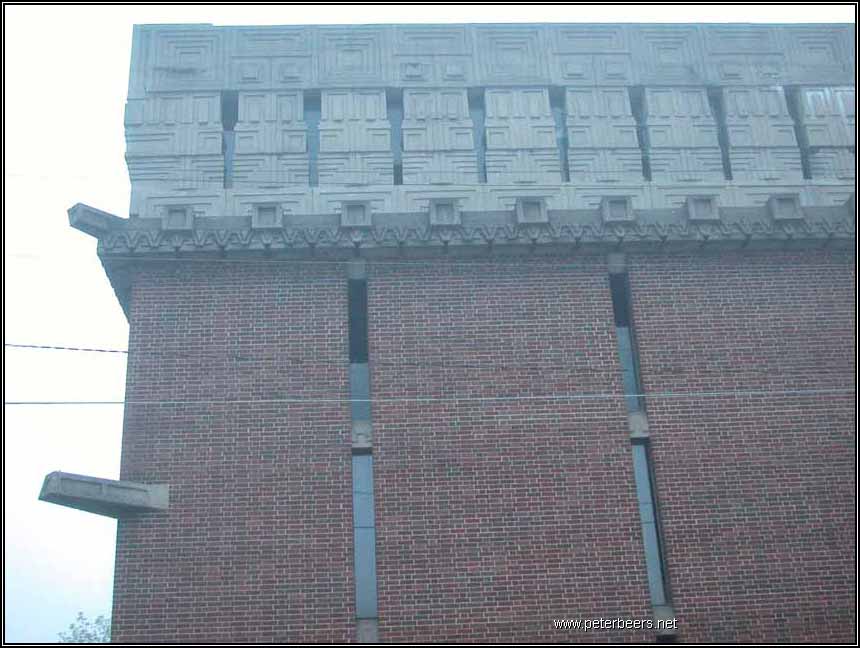