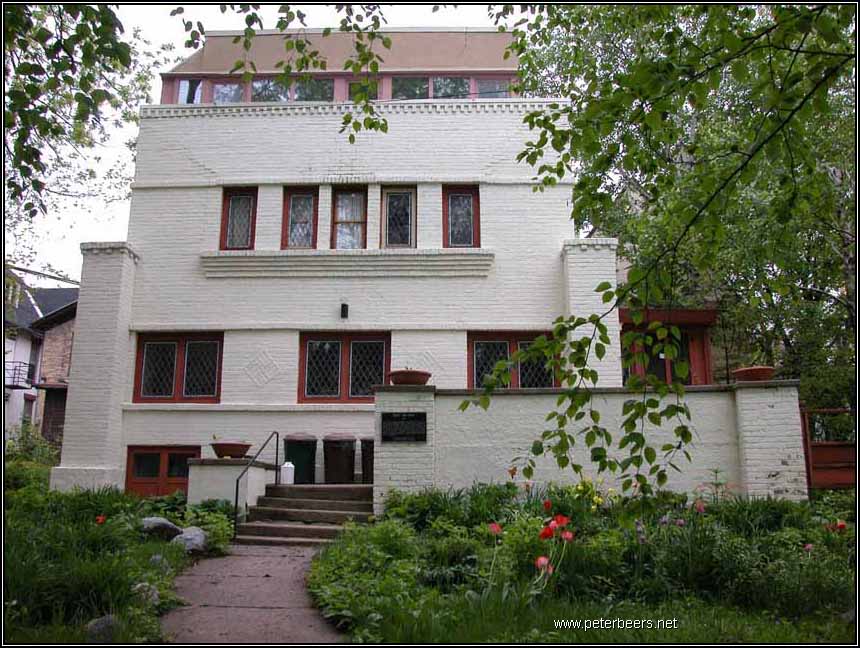 Front of the Lamp Residence

One of Mr. Wright’s oldest friends was Robert Lamp. The site for the home was chosen for its view of the lakes that are so central to downtown Madison. That view no longer exists. The home has been built around in every direction. In fact, since its completion in 1903, the Lamp residence has been hidden from site to all but those who really know it is there. The home is built on a hillside a few blocks away from the state capitol building which sits at the top of the hill. I imagine at one time the home had a rather large lot upon which it sat. As the years went by, owners sold off land as the city grew. That would explain how homes and apartment buildings have incroached on this homes space and view.

View from the gate of the Lamp Residence

Storrer calls this home an early example of Wright’s Prairie four-square plan. The living room takes up much of the first floor and the fireplace is located in the center of the house, instead of the more traditional exterior wall to simplify installation of a chimney. The dining room and kitchen are also located on the first floor, each taking up 1/4 of the square floorplan. Upstairs are four bedrooms and a bath room. Each bedroom takes up almost one quarter of the square plan except for a nook out of each for a closet, the stairs or the bathroom. 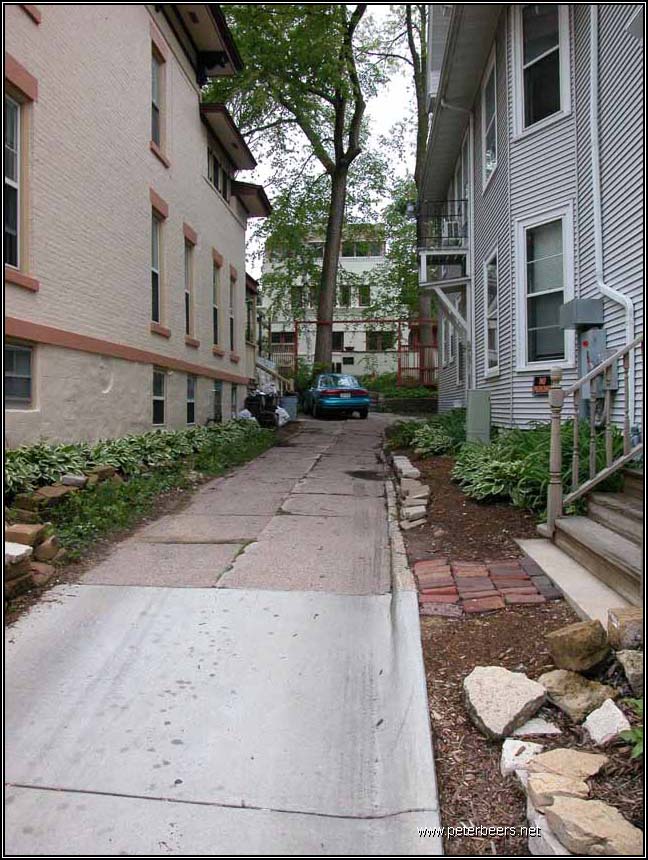 The lamp residence at the end of the alley. this is the “front” of the house. 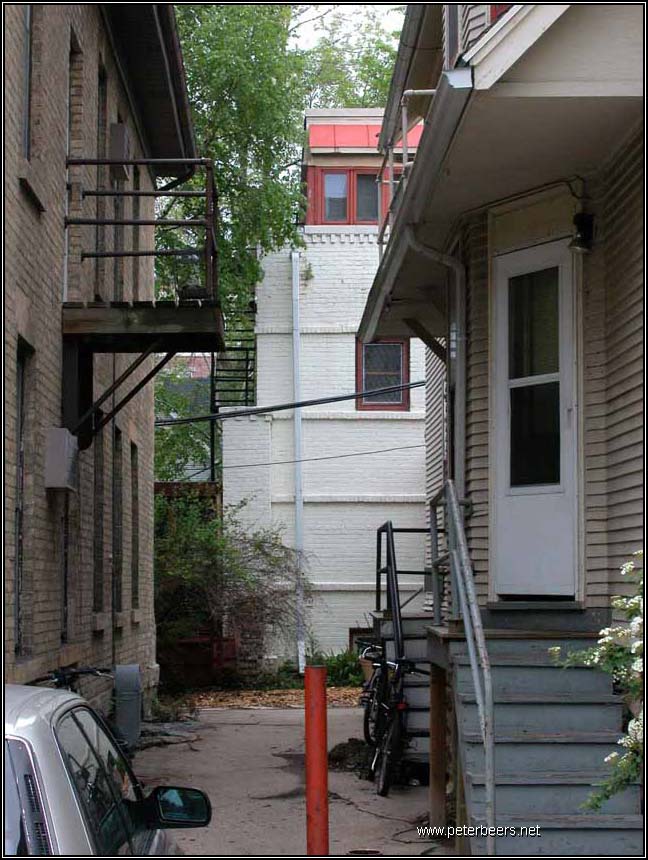 The lamp residence from the alley above. This is the “back” of the house.

Now hopefully you know what I mean when I say that this home is easily overlooked. Unless you came looking for it, knew the house number, and had an idea that it was pretty well hidden, you’d never really find it. These last two photos also give you an idea of how much has built up around the Lamp residence. The only view now afforded from the balcony or windows is of the neighboring buildings. Its a shame, but such is progress. Oddly enough, this level of incroachment probably affords the occupants an element of privacy from people like me who run around with cameras. That is a level of privacy that the owners of Jacobs I would probably love to have, though maybe not at this cost.