Smithsonian Museum Of The American Indian

Smithsonian Museum of the American Indian 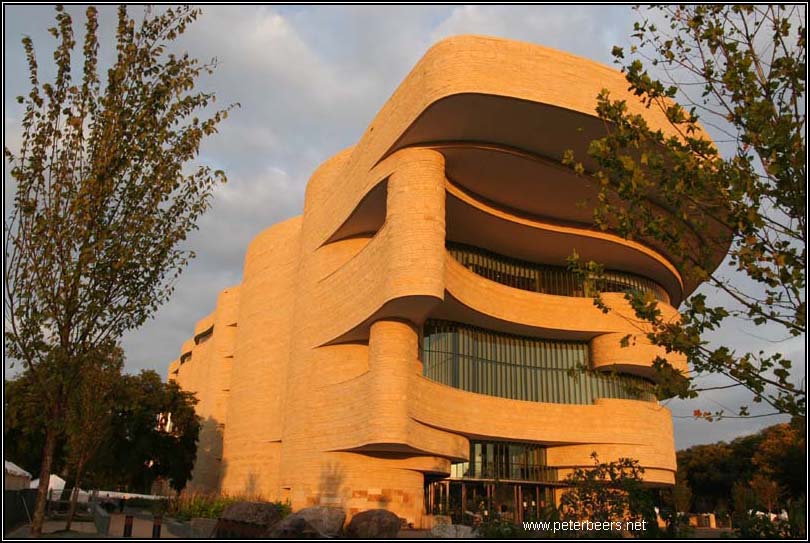 All I needed was an excuse. This morning proved to be the PERFECT excuse. Last week I purchased a new digital camera… one that will let me “stretch my legs” a bit more, so to speak. Going downtown with my friend Jason on Saturday morning to see the new Smithsonian Museum of the American Indian couldn’t have been a better choice. This building isn’t designed by Wright. It is the amazing creation of a man named Douglast Cardinal, an Indian from Canada. All you have to do is look at this building to see that he is an immensely talented man. Stay tuned to this page over the next few months to better understand the depth of his talents as well as those of the people he has surrounded himself with. 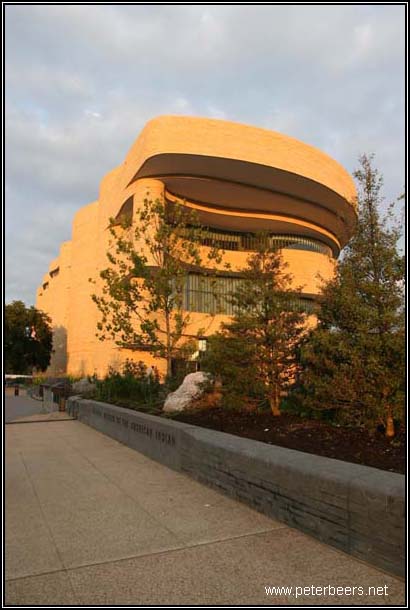 Though on the downtown mall, designers gave it some native habitat that makes the building look at home. 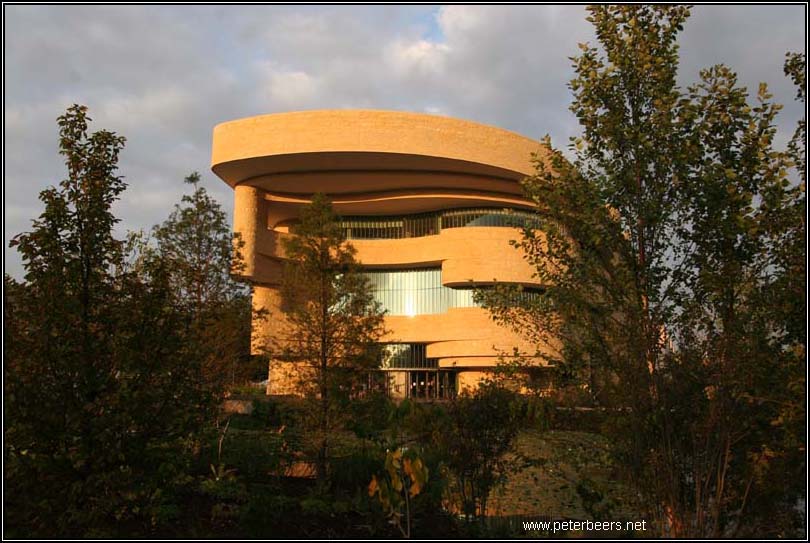 You’d never know you were in the middle of downtown DC, eh?

Kasota stone covers the museum which stands more than 120 feet tall. The side you see above faces the morning sun. The building’s design was done in consultation with many Indian peoples. The landscaping was done to incorporate plants and trees in a habitat that would not be out of place in the lands of some of the American Indian tribes. Habitats exist to simulate the environments of an upland hardwood forest, lowland fresh water wetlands, eastern meadows and even areas for growing native crops. 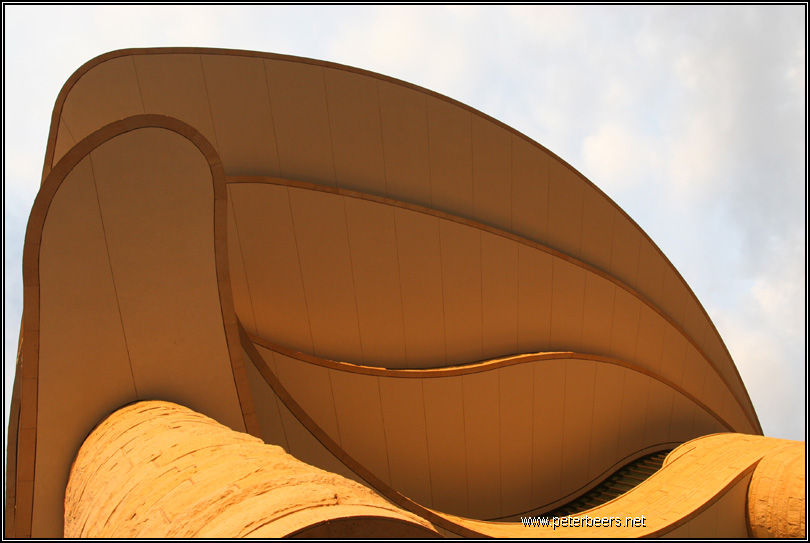 The roofline is dramatic as the building greets the sunrise. 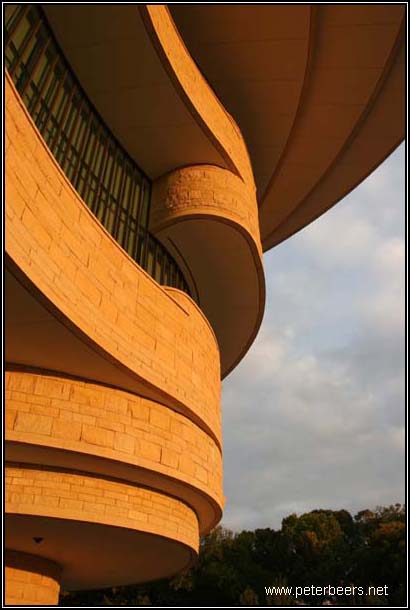 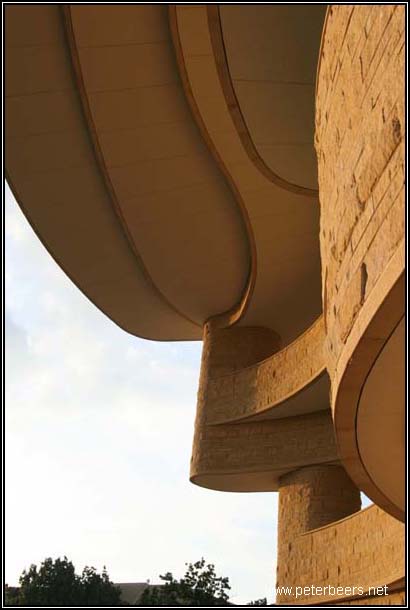 Water is an integral part of this building. This man-made creek pays homage to Tiber Creek, a tidal waterway that originally existed on this land. 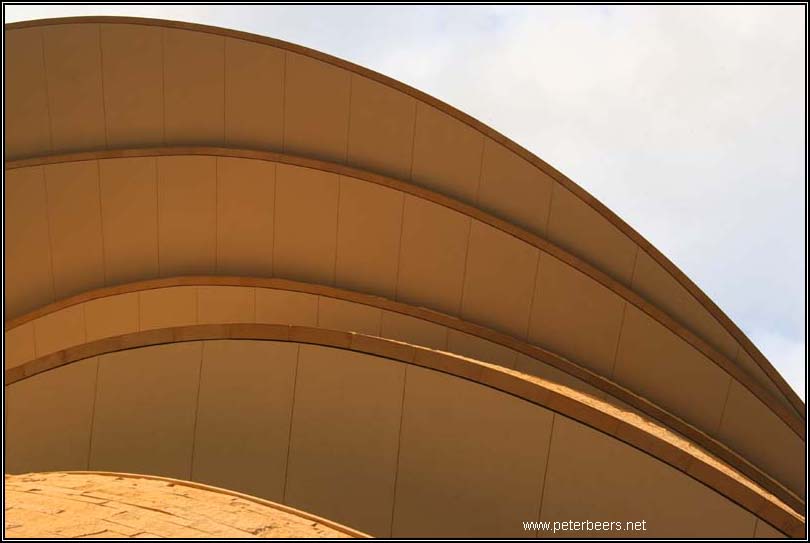 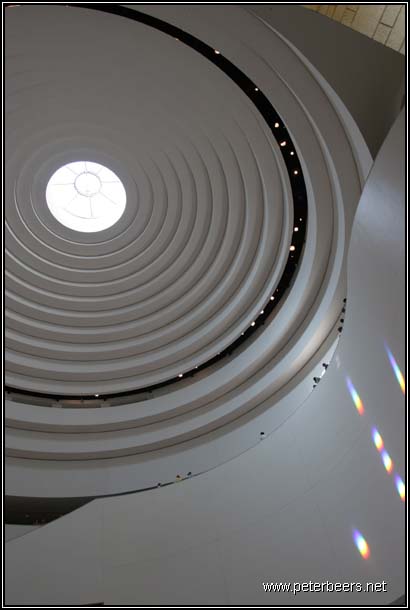 The top of the dome 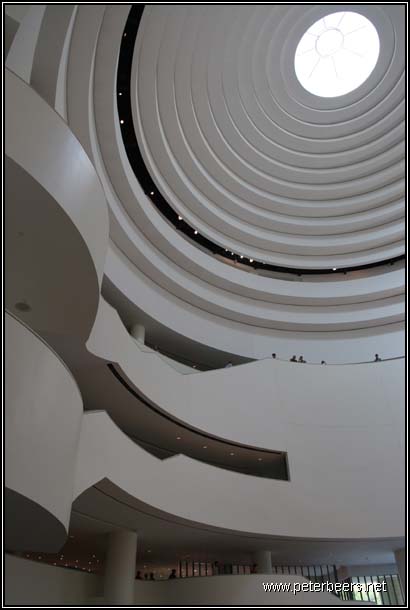 Stairways and the dome 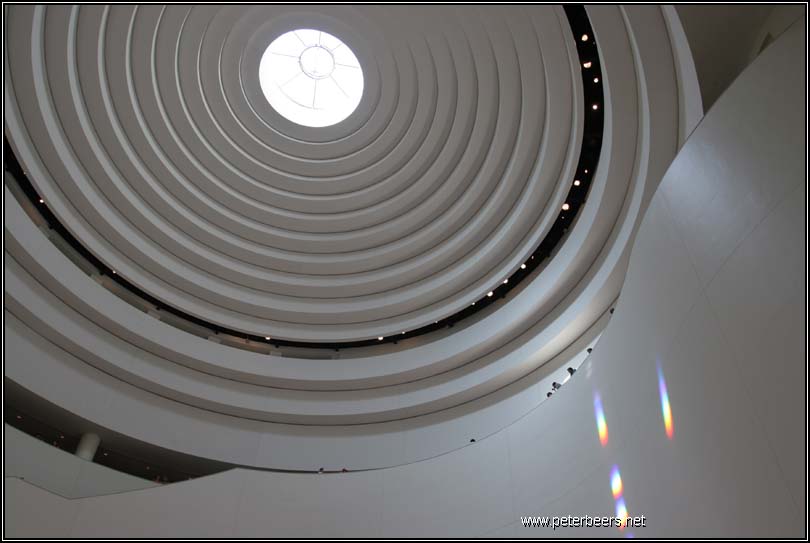 Another look at the dome. There are prisms in the window that make the colored light affects around the atrium. 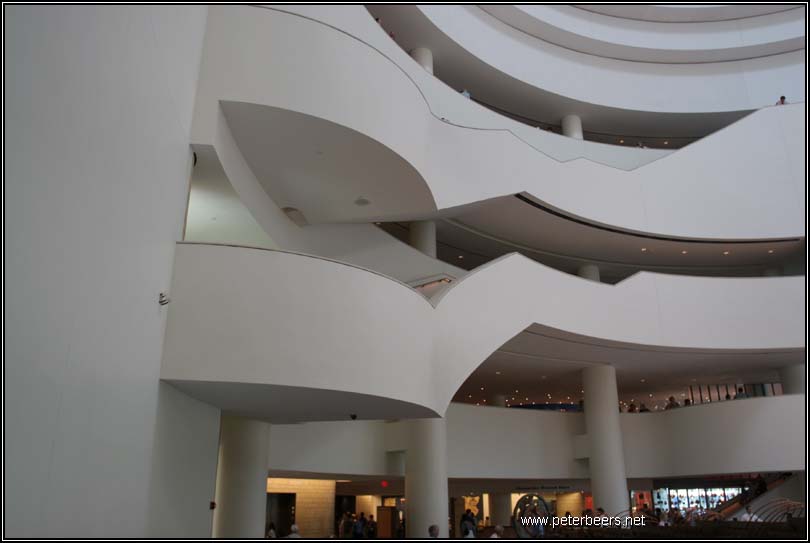 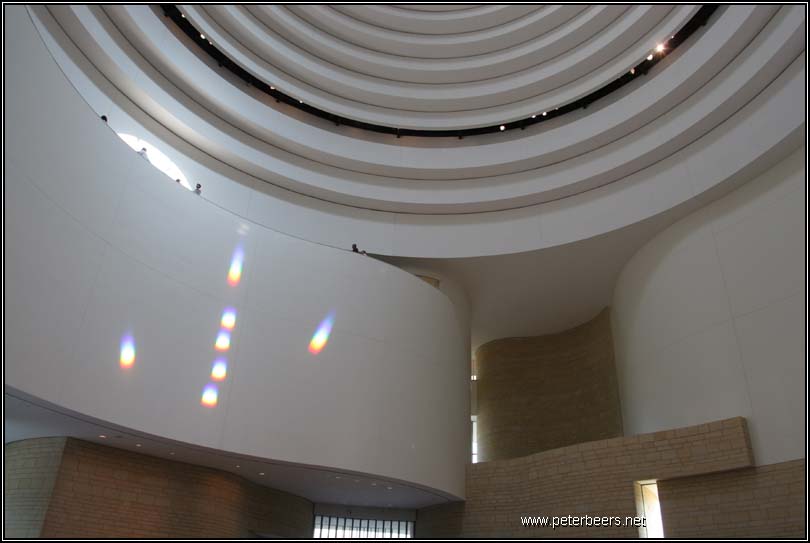 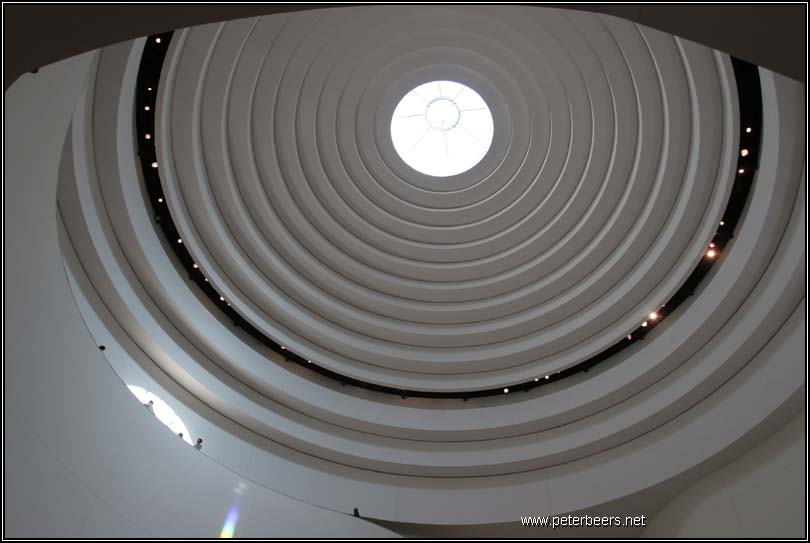 I can’t stop taking photos of the dome. Sorry.

Ground view of the atrium 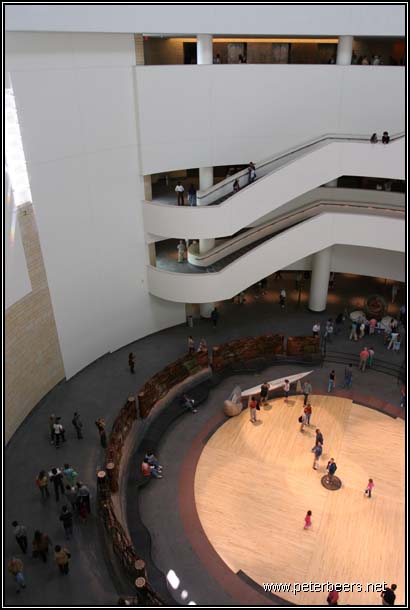 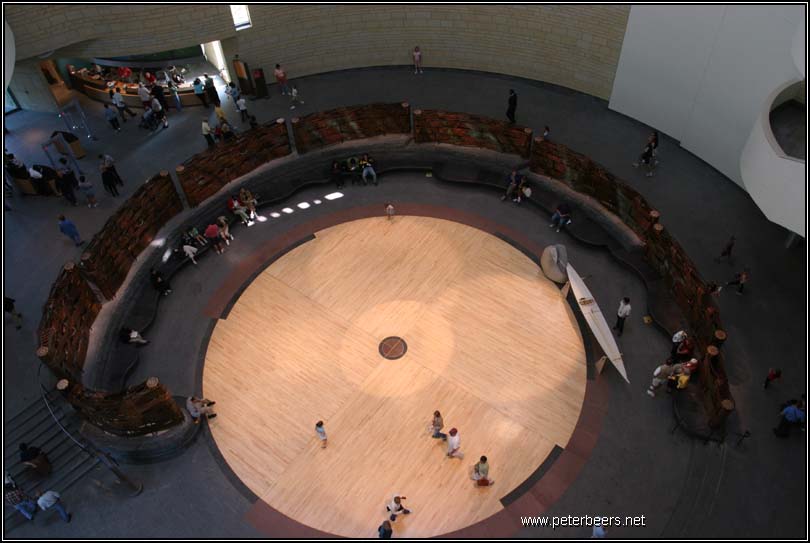 Atium floor from above 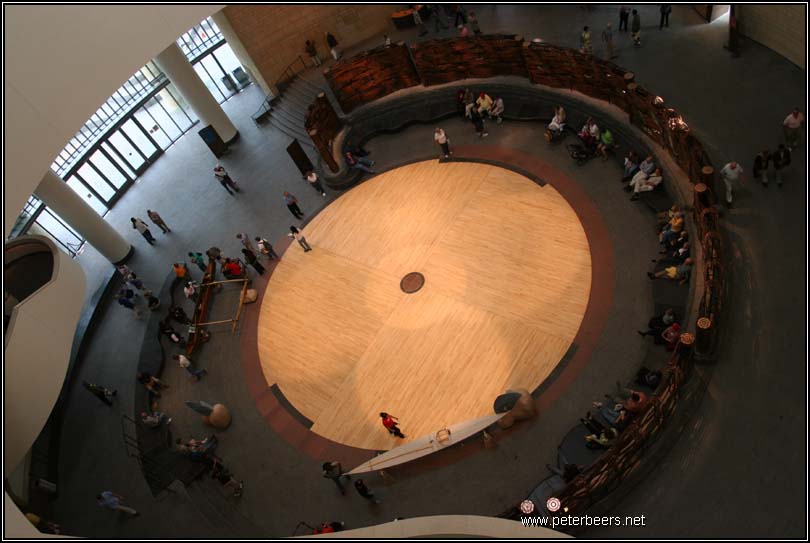 One more look from above 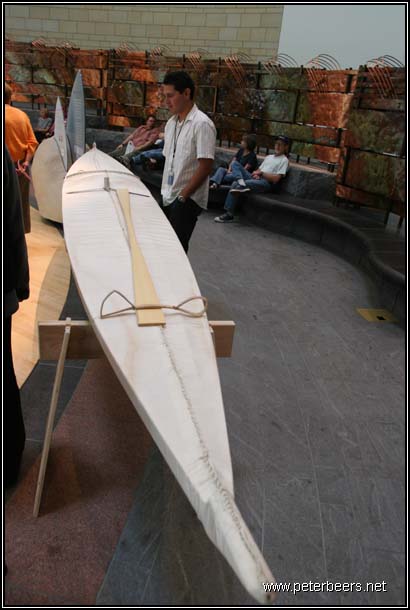 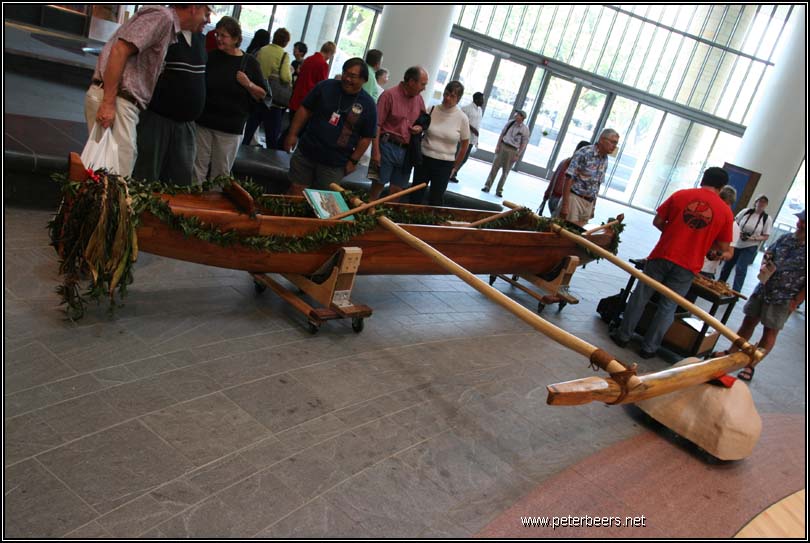 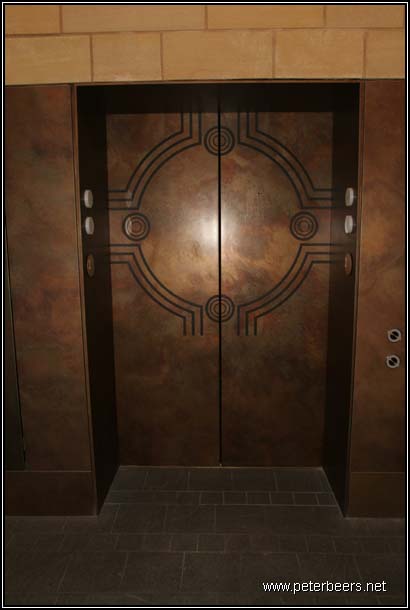 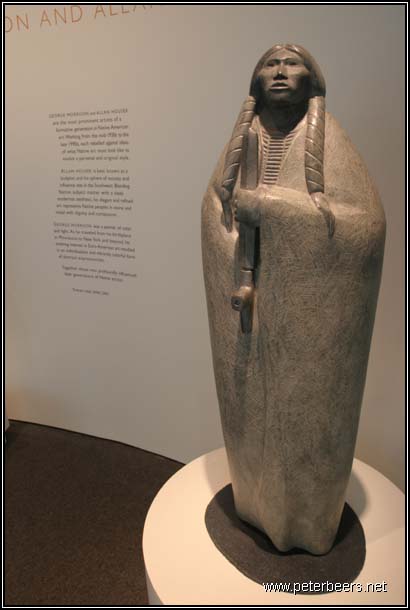 Statuary in the art exhibits 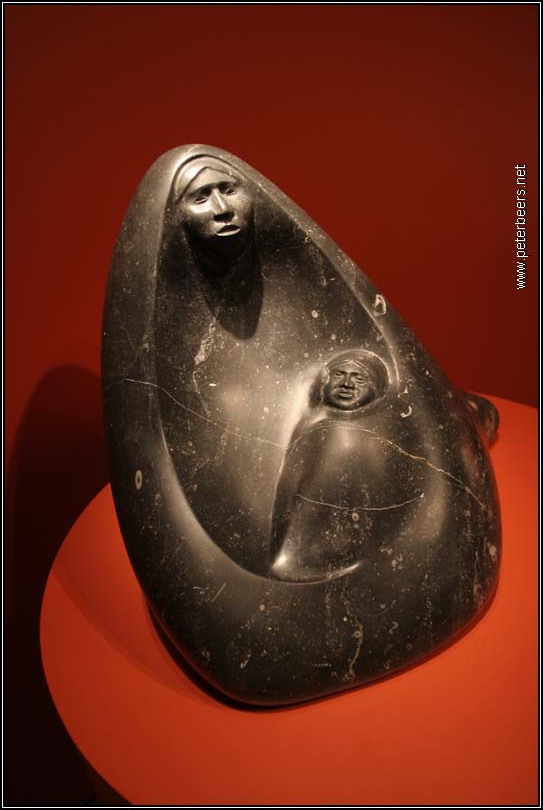 Huge scultpure in a window alcove 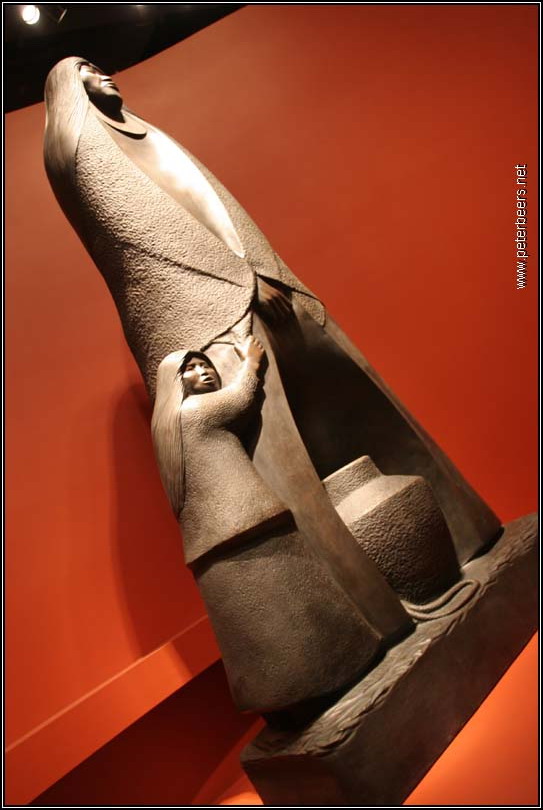 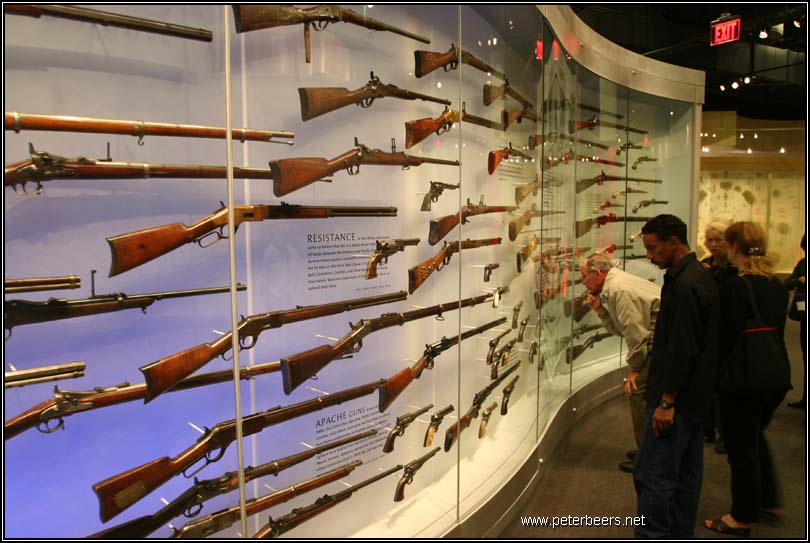 On the exhibit stage, this is a display of the weapons used by and against American Indiansover the years. It starts with stone spears and swords and ends with assault rifles. It was sobering and one of the more crowded displays 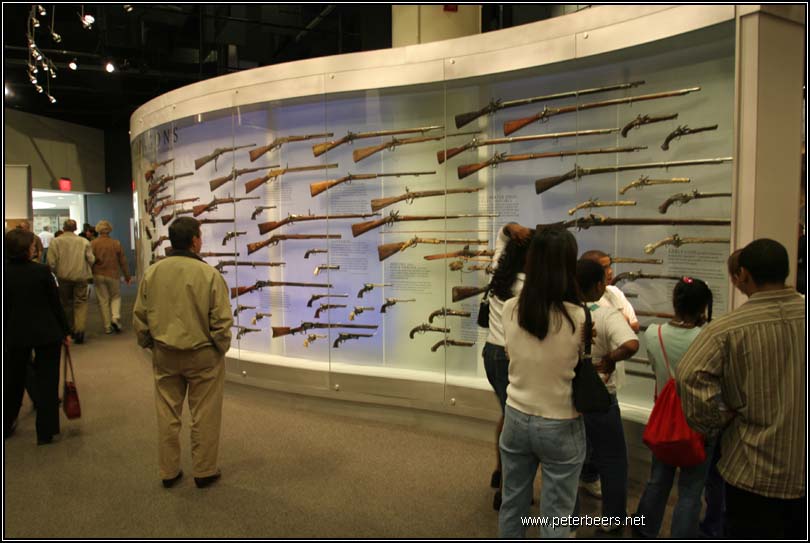 Another look at the gun section. 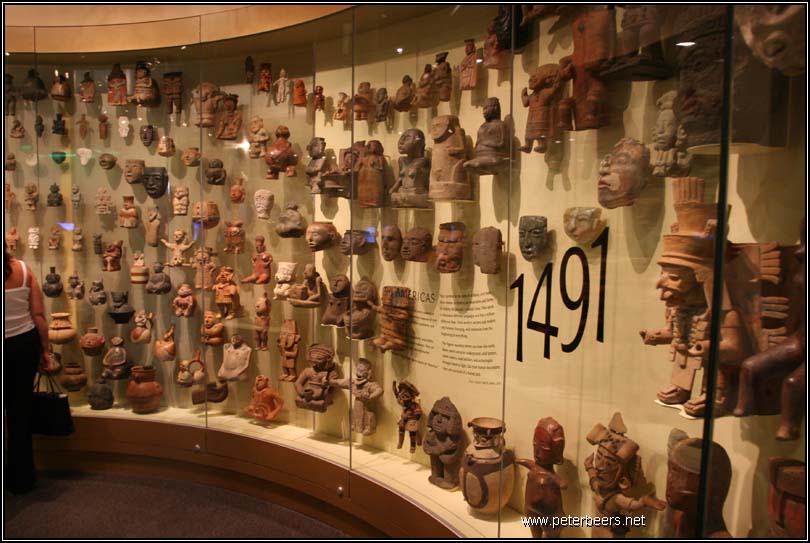 We walked around the museum for an hour at lunch. It was just long enough to realize that we’re going to need many more hours to explore. The third floor is devoted completely to Native American art exhibits. Currently there is an exhibit of beautiful stone sculpture, silver jewelry, paintings, line drawing and wood work. The 4th floor is devoted to the historical displays. They were amazing and worth many hours of exploration.

Return to Other Buildings of Interest Page