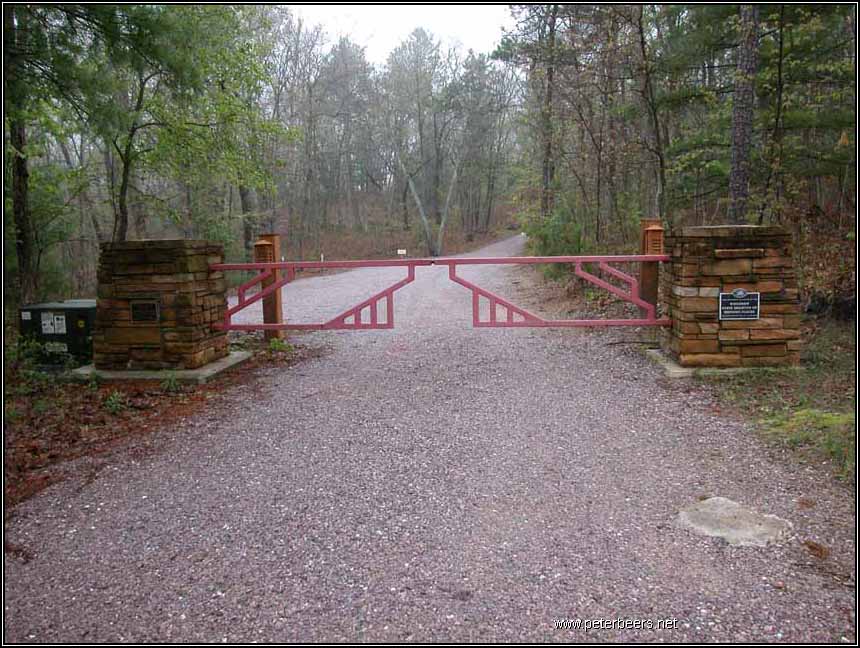 Gates to the Seth Peterson Cottage

This is Mr. Wright’s smallest residential commmission. Storrer lists it at only 880 square feet. It is constructed of local sandstone and mahogany plywood on the shores of Mirror Lake. The cottage was still under construction when Mr. Wright died in 1959. It was completed by the Taliesin Architects in spite of Mr. Peterson running out of money. It was abandonned for an extensive period of time and was completely and beautifully restored in the late 1980s. The Seth Peterson Cottage Conservancy raised and spent over $200,000 for the completion of this restoration in 1992.

Unfortunately I was not able to see the Cottage. I had been told by a ranger that the likelihood was that the cottage would be open and I could see it the day I came up. He said to stop by the ranger station and that he’d let me in. Unfortunately for me, someone rented it at the last moment and so I was only able to photograph the gate. Next time I’ll stay there.