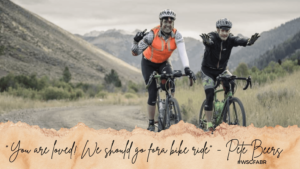 Editor's note: The FLLW community and the world lost Peter Beers on August 30th, 2020. Peter died in a scary accident while riding his bike. He was my dear friend who I've met inside the Frank Lloyd Wright's community. We all know that Peter was one of the biggest FLLW fans. To make his person & work live forever, we've secured his work & domain (peterbeers.net) from being lost or abused. All of that is now available here, as the biggest evidence of how devoted Peter was in his life. He made all of our community bigger. Thank you, Pete! Rest in piece and be Good.

Peter about himself and FLLW: I'm often asked about my interest in Frank Lloyd Wright. If it is relatively warm outside, I'm usually wearing shorts. People can't help but notice the tattoo on the back of my calf.

Many folks know very little about Wright, yet know exactly the origin of my tattoo. It is interesting to me that the design of a window from the Dana Thomas house in Springfield, Illinois is so recognizable as Wright's to people who know so little about him. When I'm in a group of people who appreciate Wright's work, I have no trouble believing that they are familiar with the design. They might not know which home it comes from, but they definitely know it's Wright. What amazes me is that I've had people who don't even know Wright's name, but they ask me if it was a design by that American architect with a name that they can't seem to recall.

Regardless of who recognizes the tattoo, a lot of people marvel that I'm so interested in Wright that I'd have one of his designs permanently affixed to my body. That answer is easy. It is beautiful, simple and it says a lot about me.

Lets get back to the root of it all...

When I was in High School, I was digging through a closet in my mother's home looking for something. I didn't find what I was looking for, but I did find an old photo album. In the album I found a picture of my mom as a little girl, playing in a small pool in front of a great wall of glass. When asked about it, my mom told me that was at her great uncle's house in Wisconsin. The home turned out to be the Jacobs II house outside of Madison, Wisconsin. Herb Jacobs turned out to be my grandmother's cousin. I'm not sure if that makes him my mom's great uncle or not, but it was enough of a connection to start my interest. My uncle told me at one point a few years ago that my grandmother had once met Wright during the early stages of the design of the Jacobs II house. I don't know if that's true, but I'll give him the benefit of the doubt. :) My interest in Wright lay dormant for many years after that initial introduction. I knew of some of his more famous works... Fallingwater and the Guggenheim. But I didn't really pursue my interest until my wife and I moved to Washington, DC. We were going through a AAA guide book looking for a place to go for the weekend when Laura stumbled across a listing for Fallingwater. Neither of us had any idea that it was only 2 1/2 hours from our home. That trip really started my long list of road trips. It was a cold and blustery day and we were the only two people on the tour. The guide spent 2 hours with us going through the house... telling us all kinds of things about it. I was hooked.

What is it about Wright?

I think the thing I like most about Wright is his idea of compression and release. Upon entering most Wright buildings, a guest feels slightly cramped. The ceilings are low and there is not a lot of space to move around in. There is usually some indication of which direction the guest is supposed to move... often a light in a hallway or stairwell. If the guest follows the light, they are rewarded with a tremendous release as they walk into a main room and experience the release associated with leaving a small, cramped space for a large, open and beautiful space. I spent an entire afternoon watching people enter the Guggenheim museum in New York. Each person would walk through the door and into the entry with their shoulders hunched and their gaze looking down as though the weight of their day was pressing them into the ground. Upon entering the main gallery, almost all of them straightened, looked up and opened their mouth and eyes in awe of the beauty that surrounded them. That is the true effect of compression and release.

I'm not an architect. I'm not an architectural student. I don't really want to be one. But I can honestly say that there is something so wonderful about Wright that I can enter one of his spaces and it literally takes my breath away and brings a tear to my eye. How many buildings can you honestly say that for? Walk into your neighborhood bank branch some time and see how it makes you feel. Look around at the attention to detail. What does it say to you? Look carefully at your surroundings and take in what it has to offer. Remember that feeling. Then go visit a Wright building. Think back about the buildings in your daily life and compare how they make you feel. Then you'll understand my affinity for Wright and his work.

What about Wright's personal life?

Frank Lloyd Wright was kind of an SOB. I'm not sure you'd find too many people who could look at his whole life and not come to that conclusion to some degree. He left his young wife and six kids and ran off with the wife of a client. He lied to his boss and moonlighted by selling home designs under his own name. He tended to treat people around him poorly. He had serious money problems throughout his life.

I can't be one to throw stones. I certainly have not done too much better with my life. But what I found interesting is that part of my interest in Wright comes from the comparison of the chaos that was his personal life to the beauty that was his work. I love reading about people who worked with Wright as apprentices and clients. The biographies of Wright are interesting, but they're not as compelling as the things that people who knew him first hand say about him.

When the Ken Burns documentary came out about Wright, there were so many people who loved his work that were outraged about the film. They said that it dwelled on all the negatives and didn't give the appreciation for his work. I think it was just the opposite. You can't fully appreciate the work unless you see the incredible hardship that he had to endure as well as the hardship that those around him had to endure because of him. In my view, the Burns documentary showed a very balanced view. The words of his friends, colleagues, clients and apprentices all show a little of what he was really like. The combination of music and beautiful photography show the pure genius of his work. The stories of leaking roofs and heating systems that didn't heat enough are all a big part of what it was like to live in a Wright space. It doesn't take away from the genius or beauty. It just shows how much he was on the cutting edge of design and building.

But Falling Water is Falling down!!!!

Yes it sure is!!! It was an amazing bit of engineering that it ever stood in the first place. After nearly 70 years, it is no wonder that it needs some help. A lot of improvements have been made in the technology and execution of poured concrete. The amazing thing is what Wright was able to do at the height of the depression, with local labor and supplies. I look at the restoration as an opportunity to look inside the masterpiece that Wright built. Last summer when they had replaced one of the living room floor stones with clear plexiglas, I spent as long as I could looking at the structure underneath. It was amazing to see.

I hope that gives you an idea of why I love Wright's design, work and life. It makes for a never-ending study and discovery.

A good friend of mine is marrying a man who grew up in a Wright home. I can't wait to meet him and hear some of his experiences and ideas.

Smithsonian Museum Of The American Indian