One of the wings of the Airplane House

1908 hailed the design of the Gilmore House for a law professor at the University of Wisconsin in Madison. This home is located on a hill in the University neighborhood. The narrow, winding streats of the neighborhood add a quaint and welcoming feel to this upscale group of homes. If you look at Storrer’s book, you’ll see photos of the Gilmore home when it was new. That gives you a much better idea of why it was called the Airplane house. Without the large trees and bushes, it is easy to see each side of this home since it is on the top of a hill. The cruciform shape is undeniably airplane like. Even the low-hipped roof line brings to mind the airfoil of a wing. 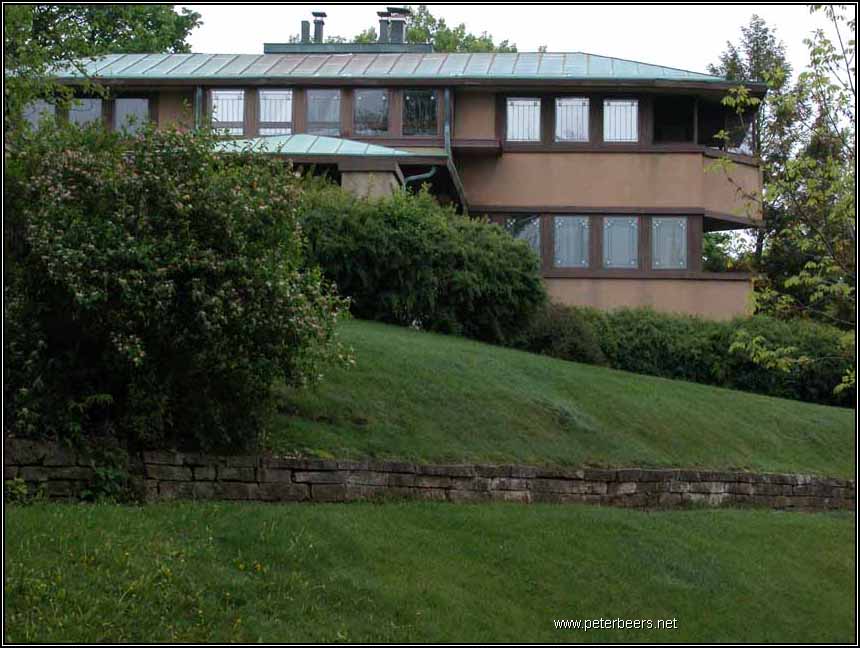 The living room on the lower level, bedrooms on the upper.

The Gilmore residence has much of its original art glass. Storrer goes on to describe how Mr. Gilmore had an eye for economy, yet the lowest level of the house (not seen here) was devoted to servants quarters and workspace. It contained a coal room, heater room, storage, laundry and a servant’s bedroom. The second owners (the Weiss family) expanded the house in 1928 to include a larger kitchen, second floor entry, enlarged servants quarters and workspace and eventually a 3-car garage. 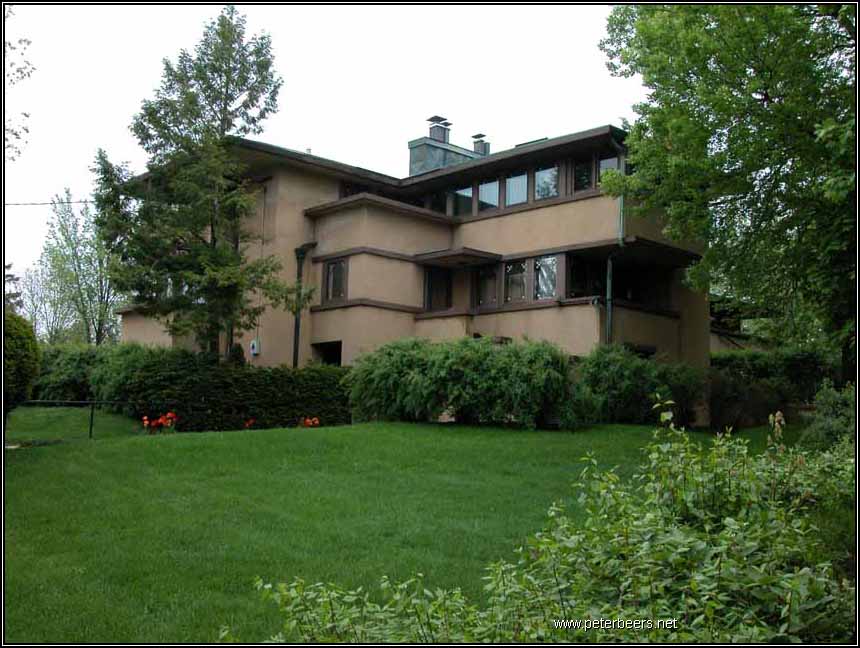 A view of both wings and the tail.

The Gilomre Residence is very beautiful these days. Personally I think the large trees and well developed landscaping have improved the home 100%. The original home looked rather stark on its lot, as many do before trees and bushes grow to fit the home.

This shows the new entry that was added in the 1920s.

The sidewalk comes very close to the home. For that reason, most of the windows on this side of the house have blinds. It is the only way to really get privacy since many of the overhanging windows do not shade enough to keep people from looking in. 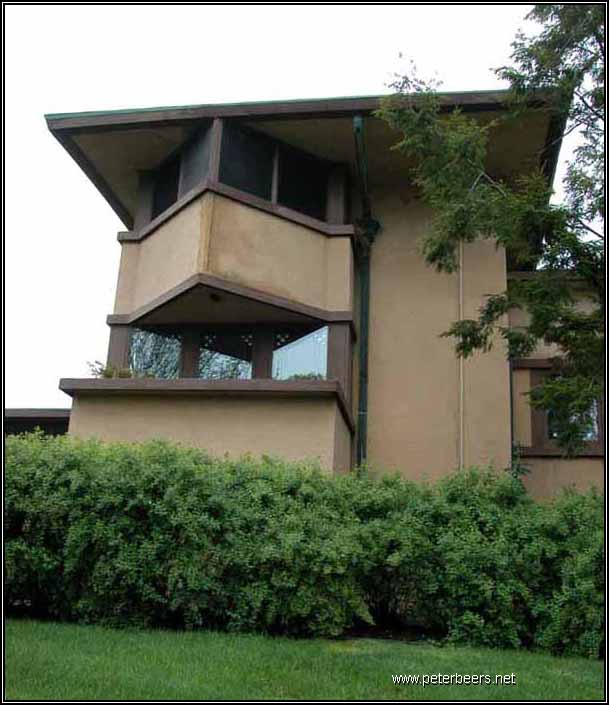 The end of the living room and bedroom wing 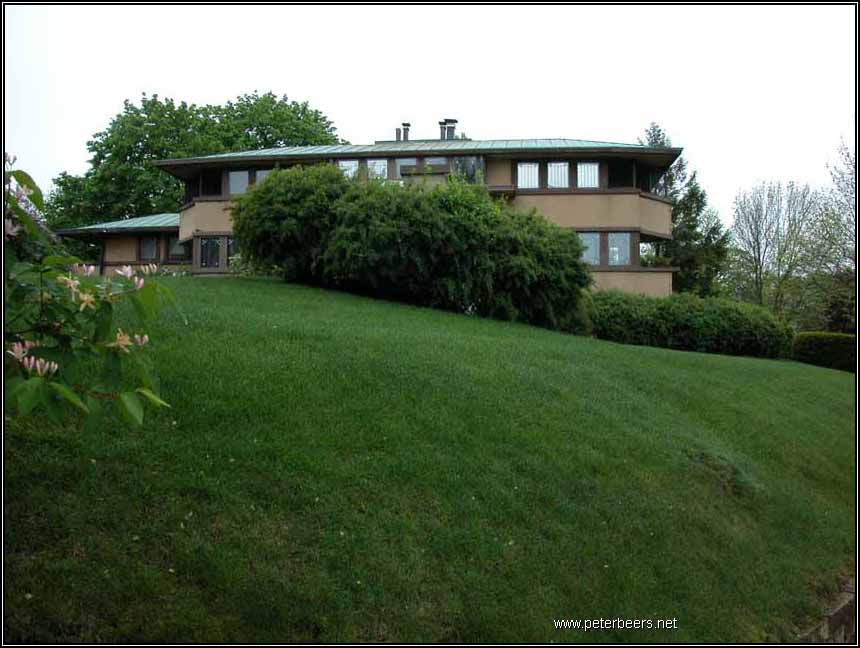 Front view of the Gilmore Residence

There are few street corners in this neighborhood. The streets tend to curve rather than intersect. For that reason, we get the chance to walk around much of the Gilmore residence without having to trespass on private property. It affords a nice view, while still giving the residents an element of privacy except as noted above. 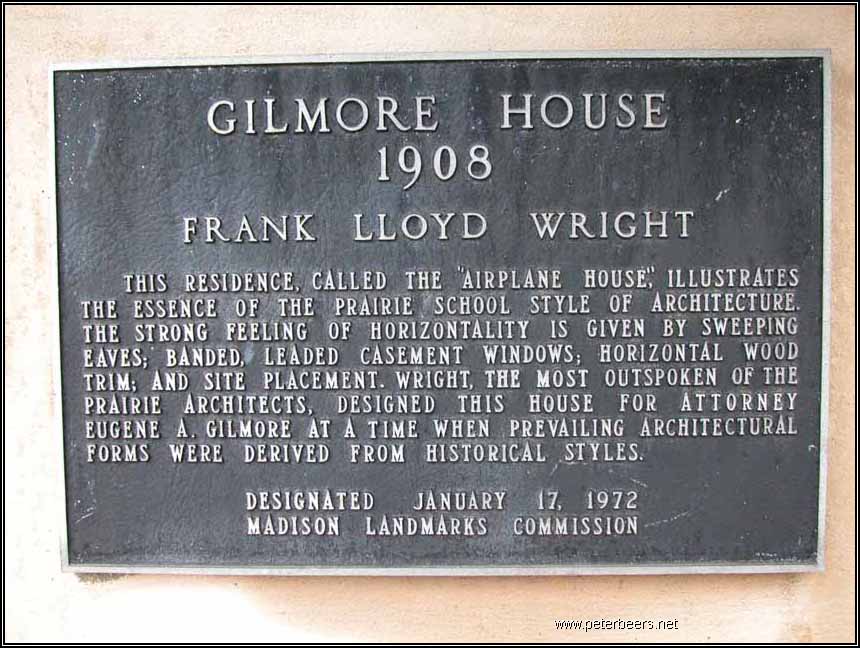