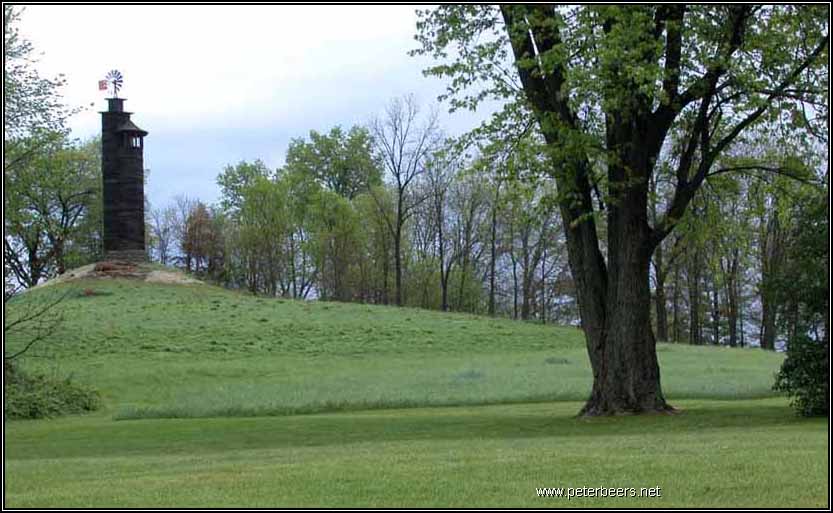 Looking at the Romeo and Juliet Windmill from Hillside II

Romeo and Juliet is named because if you look at the vertical cross section, it is a hexagon mated to a diamond. This cross section gives the building its strength. It survived from its building in 1896 until 1989 when it was completely renovated. It was remodeled and covered in cypress board and batten in 1938. It was originally covered in shingles. 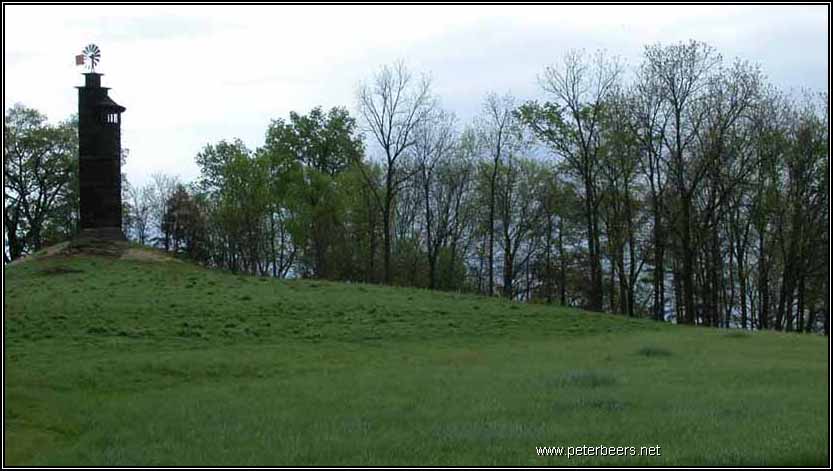 Walking up the hill towards Romeo and Juliet

For years the windmill pumped water for the hillside school. That was its original design. Later Mr. Wright used it to pump water for his Taliesin Fellowship. Mr Wright later mounted a loudspeaker on it so that he could play music for his apprentices working in the fields. 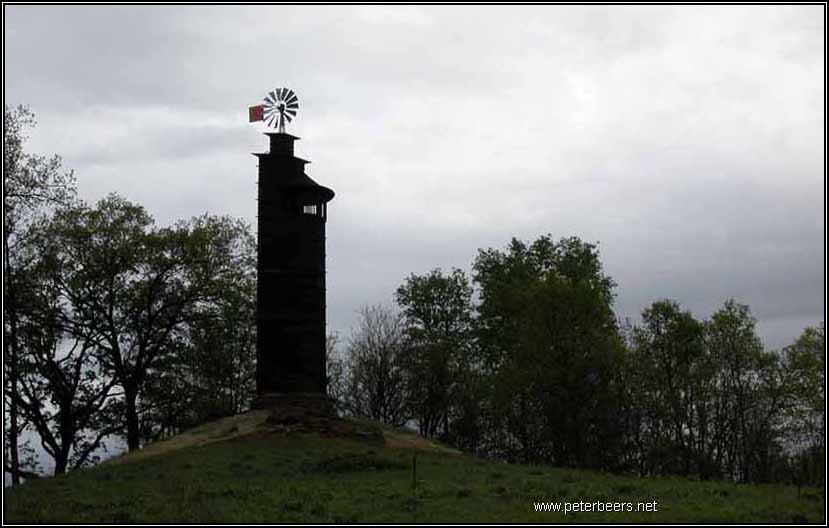 The windmill standing on the hill.

This view shows you a little of the style of the windmill. The tail that guides the windmill into the wind is shaped like Frank Lloyd Wright’s crest at the time it was built.