UPDATE (3/25/06): Click HERE for some new interior photos and information on the Turkel House.

The Turkel house was built in 1955 for Dorothy Turkel.  The home was built by Sol Raikow of Raikow construction. I’ve exchanged e-mail with Mr. Raikow’s grandson and he’s told me that working with Mr. Wright on this project was a great source of pride for him.  The home is built on an oddly shaped lot and is pushed up close to the lot line.   The narrow driveway skirts the very edge of the property, and as is visible from the photo below the home is butted up against the driveway… even having one section cantilevered out over the driveway. 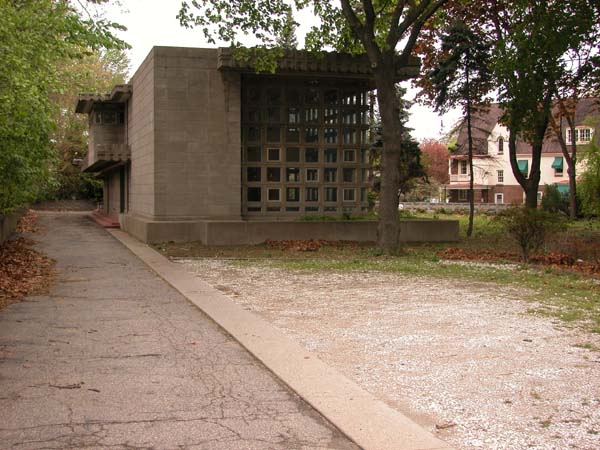 The two-story living room faces the street.  It is set backa little ways from the street and some trees and bushes offer an element ofprivacy.  The deep overhanging eaves as well as the concrete work betweenwindows also add to this element of privacy.  When you look at the house,you can see that the living room is open to be viewed from the street, but youcan’t quite see any detail of the interior.  I imagine that at night, withthe interior lights on, you’d see everything going on inside.  During theday, however, the living room has an element of privacy. 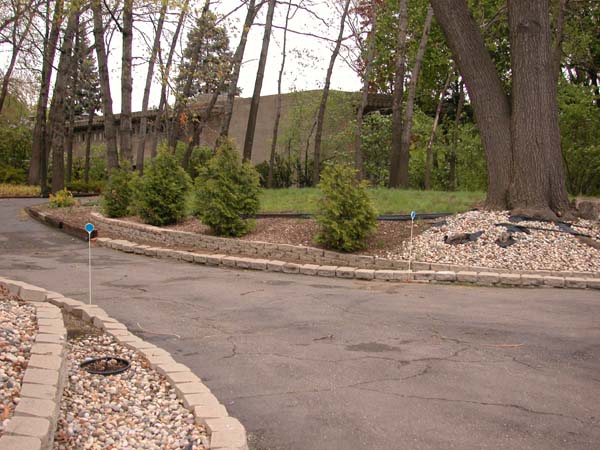 Looking at the Turkel house from the neighbor’s drive.

William Allin Storrer writes that the home’s original gravityheating system was woefully inadequate and the pipes froze and burst at onepoint.  It was eventually replaced by forced air heat and air conditioningto make the house a bit more livable.  At one point the home was owned byTom Monaghan (owner of Dominos Pizza) as were many other Wright homes in theregion.  It has since been sold to the current owners as have many of thehomes that Mr. Monaghan owned.  It has changed hands again in the winterof 2003/4. I’ve exchanged e-mails with Mrs. Turkel’s grand daughter who livesnearby. She says that there has been more activity around the home this year….cars in the drive, etc. Hopefully someone will move in and really enjoy thishome the way it should be. 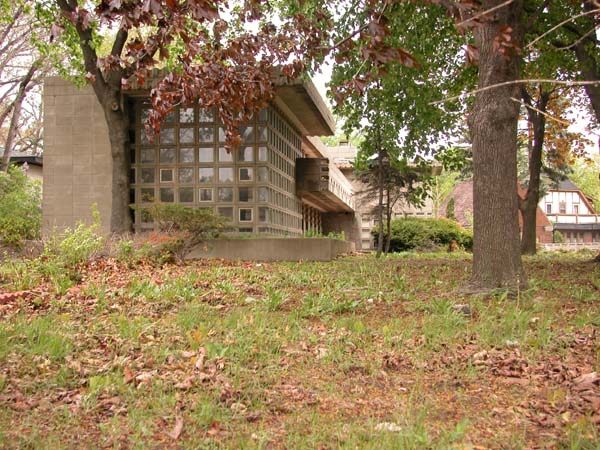 Turkel Living room from the street

The above photo shows the balcony and the children’s bedroomwing (the “L” portion) that was added later in the building process. 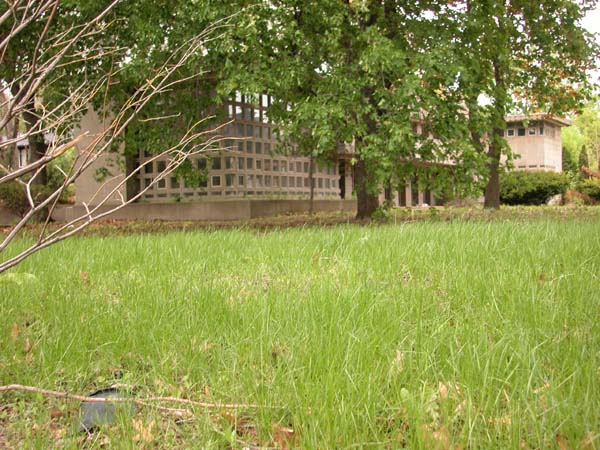 The street view of the rest of the house

As seen above, much of the rest of the house is obscured by thetrees that have been planted.  Though the photo doesn’t show it, you canreally see a lot of the concrete detail around the eaves of the house.