According to Thomas Heinz in his book “The Vision of Frank Lloyd Wright”, John Larkin had originally wanted to hire Adler and Sullivan to design his administration building.  Fortunately for Wright, Adler had left the firm and Sullivan was not doing very well out on his own.

The only remaining pillar of the Larkin Building: May 2003

The Larking building was completely revolutionary for the time.  Most obviously it was one of the first buildings to use a form of air conditioning that was integral to its design.  The main pillars would circulate air through them and treat them with a water mist to cool and cleans the air as it flowed into the rest of the building.

The building was designed with both elevators and stairways.  Its open center section was lit with large plate glass windows and a large skylight. 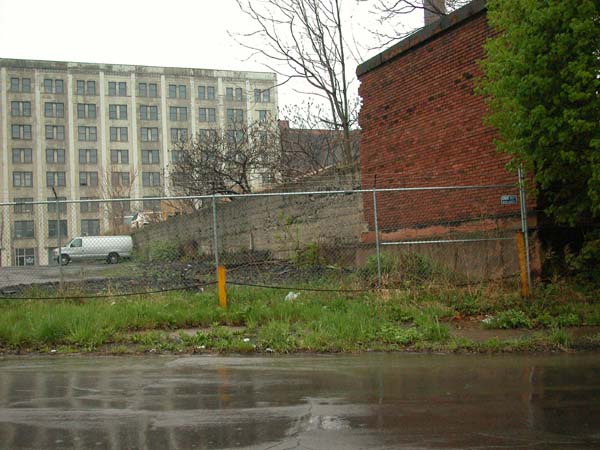 Another view of the Larkin Pillar: May 2003

William Allin Storrer identifies some other unique features of the Larkin Building in his book “The Frank Lloyd Wright Companion.”  It was among the first buildings to use metal furniture instead of wood.  The flooring was made of magnesite which was very quiet and also fireproof.  Magnesite is a mixture of concrete, sawdust, pigment and sometimes asbestos.  Wright used it in many of his homes of the time.  Many of these features were included to help insure that the building was fireproof.

As you can see from these photos, the building was demolished in 1950.  Only one of the wall pillars still stands.  The building was removed and replaced with a parking lot.  This is an amazing loss to the architectural and cultural history of the Buffalo area as the Larkin Company was a large part of its growth as an industrial power in the early 1900s.

The last remaining pillar of the Larkin Company Office building had been crumbling for years.  You can see from the photos above that it was in need of some help.  Wright fans had been chipping away at it to get authentic bricks.  The only way to stop this was to restore the pillar in a way that made it finished and complete. 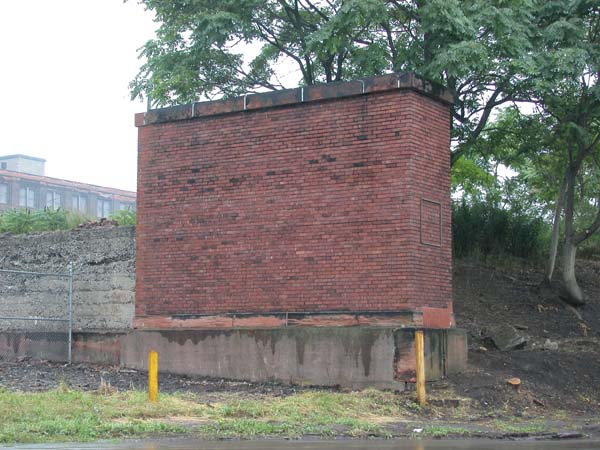 Restored Pillar with the place for the plaque.

The pillar was dedicated during the Larkin Expo in early August of 2003.   The plaque will be added later this summer. 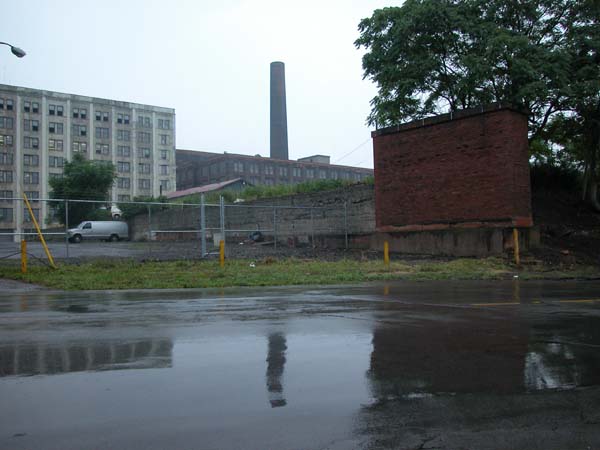 Larkin Pillar with the other Larkin Factory buildings in the background

There is a very loyal and devoted group of collectors and historians that are working to preserve Larkin memorabilia.  The above-mentioned Larkin Expo was a great chance for these people to meet and display a lot of their collections as well as the renovated Larkin Pillar. 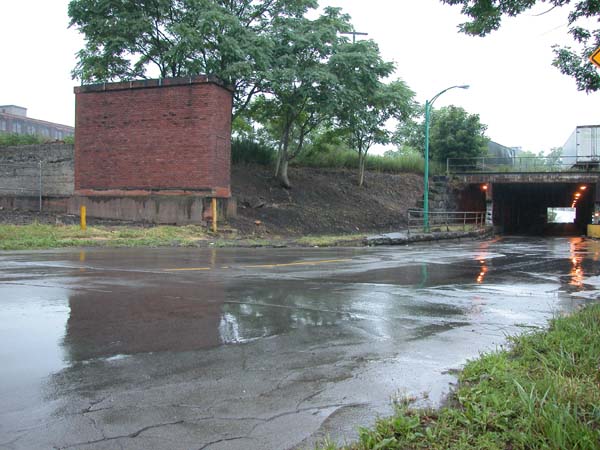