About six blocks north of the Robie House is the Isadore Heller house.  It was designed by Wright in 1896 and couldnt be more different from the Robie House.  Where Robie sits low and horizontal along the lot, the Heller house is tall and majestic, with columns and sculpture work around its edges. 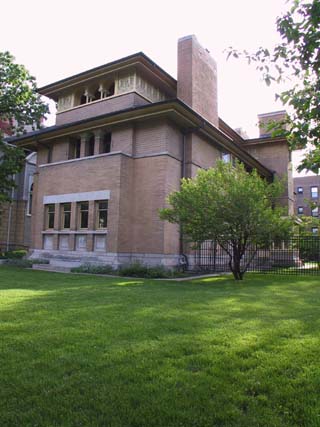 The homes have many things in common.  The front door of both homes is hidden from view.  There are long, overhanging eaves for both homes.  Both use the wide, thin roman brick in construction. 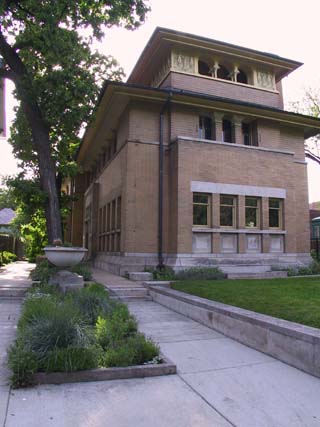 Both homes have a definite Wright feel to them, though they are from different phases in his career.

According to William Allin Storrer’s “Frank Lloyd Wright Companion”, the Heller house was one of the few Wright homes that was built with 3 stories.  It contains servant’s quarters and a large play room.

Though the Heller house is built on an axis perpendicular to the street with the main entrance on the side.  The long, deep house is set back from the street, which is very different from Robie. 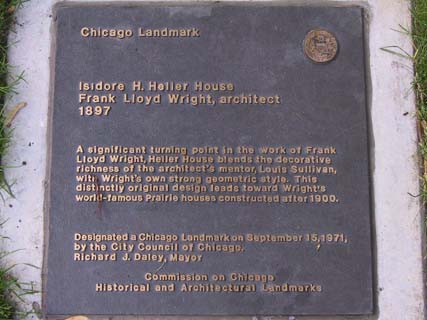 Also according to Storrer, there was a stable originally designed for the Heller house.  This structure was never built.