My wife and I were traveling through New York and thought we’d swing by the Edward E. Boynton house in Rochester, New York.  The home is in a beautiful neighborhood and it actually looks in place with the homes around.  Though this home is in the prairie style, it doesn’t stand.  It is low to the ground and the rows of art glass windows on each floor give a great view of the front yard. 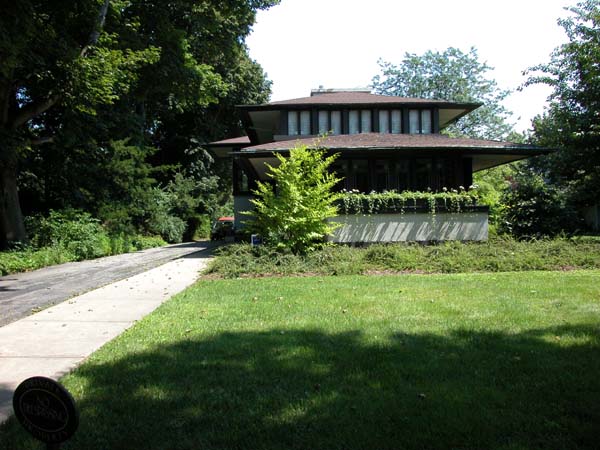 Boynton House of the Street

The home is oriented sideways on the lot.  The veranda aims towards the street.  Built in 1908, Boynton’s daughter helped him work with Wright on the design of the house as his wife had died years earlier.  The original home was oriented on a much wider lot and included gardens and a tennis court.  They were later sold off and a home was built on the lot. 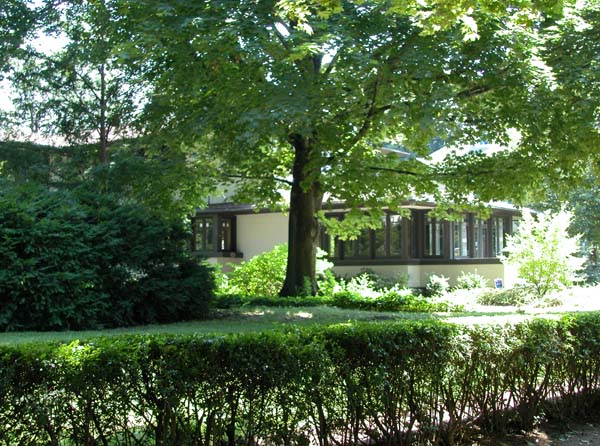 Boynton House from the sidewalk.

Edwin Boynton hired Wright to design his home in the early 1900s and the home was completed in 1908.  Wright had a hand in designing almost everything with the house.  According to Thomas Heinz in his book “The Vision of Frank Lloyd Wright”, almost all of the furniture still remains in the house.  Though it is owned by a local historical preservation society, the current owners are allowed to keep and use it in the home. 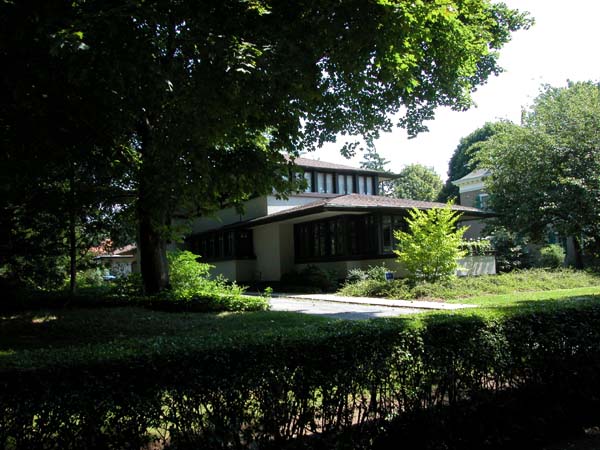 The home was restored in the 1980s.  It looks totally original from the outside. 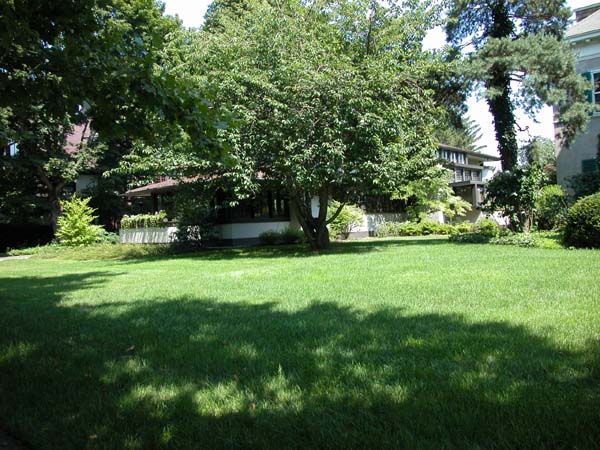 South side from the Sidewalk 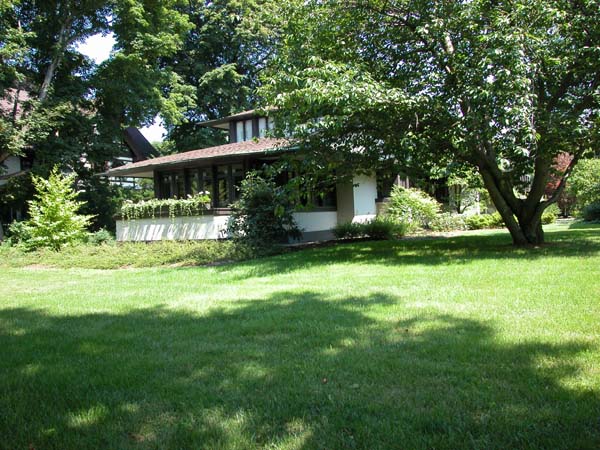 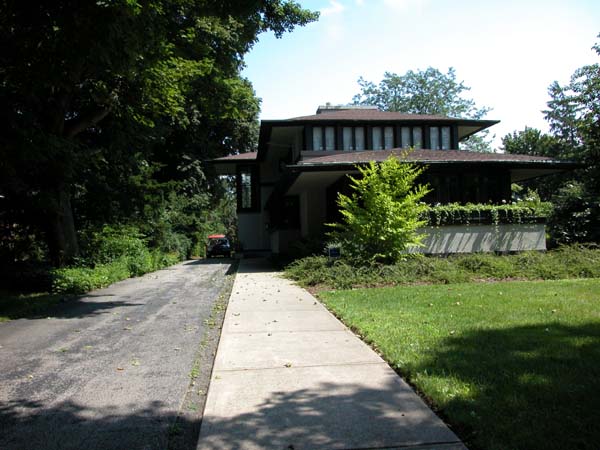