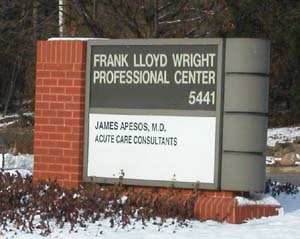 This sign is somewhat misleading.  While the main office building for Dr. Apesos’ practice was designed by Wright, the main building that was added is definitely not Wright.

The Kenneth Meyers Medical Clinic was built in Dayton, Ohio in 1956.  The building has an octagonal core with a wing that goes off to the east and a small addition that goes off the north-west. 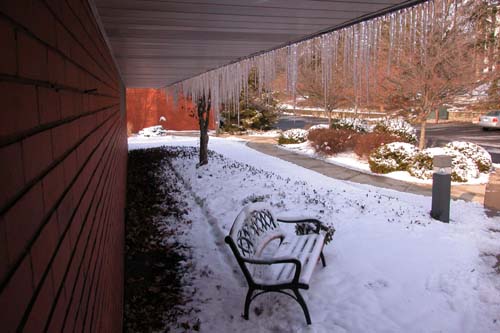 Eaves next to Main Door

The deeply overhanging eaves are indicative of Wright’s designs.  The ice is particularly beautiful in the winter time. 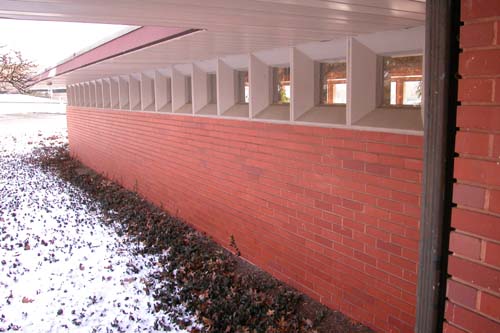 Also indicative of Wright’s work are the windows in the waiting area.  At the north side, they are small and at ceiling level.  On the south side, they are floor-to-ceiling windows to blend the indoors and outdoors harmoniously. 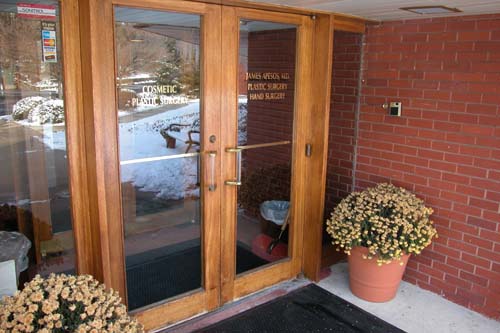 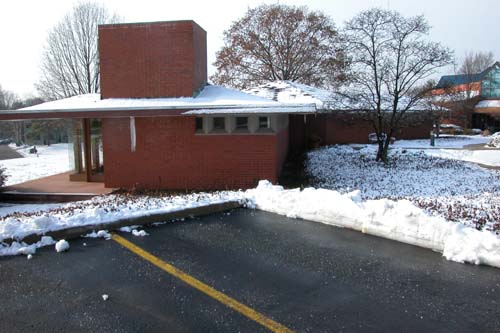 The small windows on the right (North) contrast with the large plate glass windows on the left (South).  The building actually looks very much like a Usonian house.  Many of the design elements are similar.

North Side of Clinic

South side of Clinic

Wright originally designed the building to be enlarged by adding wings to the remaining sides of the octagon.  This would have made it more of a pinwheel design similar to Wright’s Wingspread in Racine, Wisconsin.