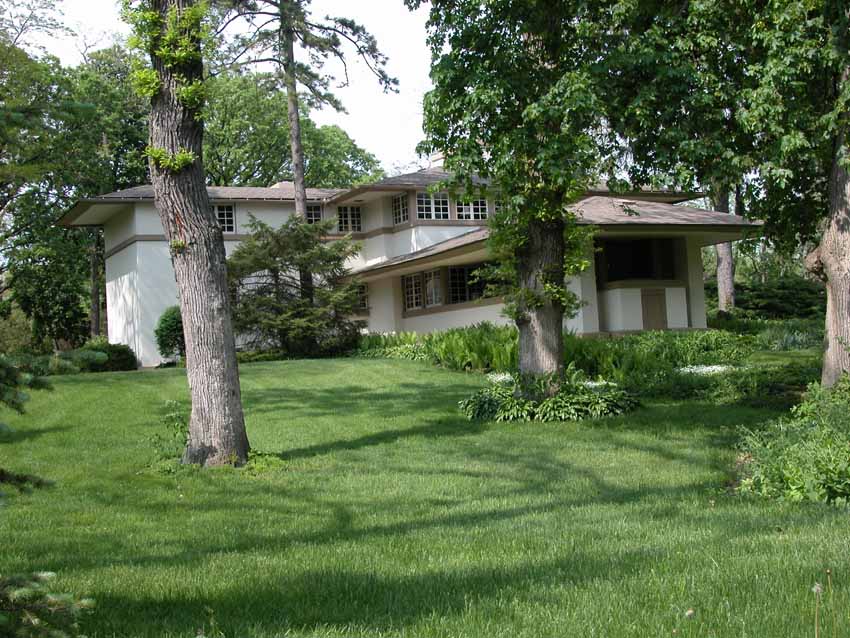 The Gridley home is all about privacy. It is set on a small rise (I wouldn’t call it a hill) which normally makes the house the focal point for the area. It is, however, set so far back from the street that it is almost lost in the woods. How can you lose something this big? Make it blend with its surroundings. This 1906 prairie house looks great in its setting. The porch is probably the longest I’ve ever seen on a Wright home. The height of the house does not detract from the horizontle lines because of all the trees that surround it. 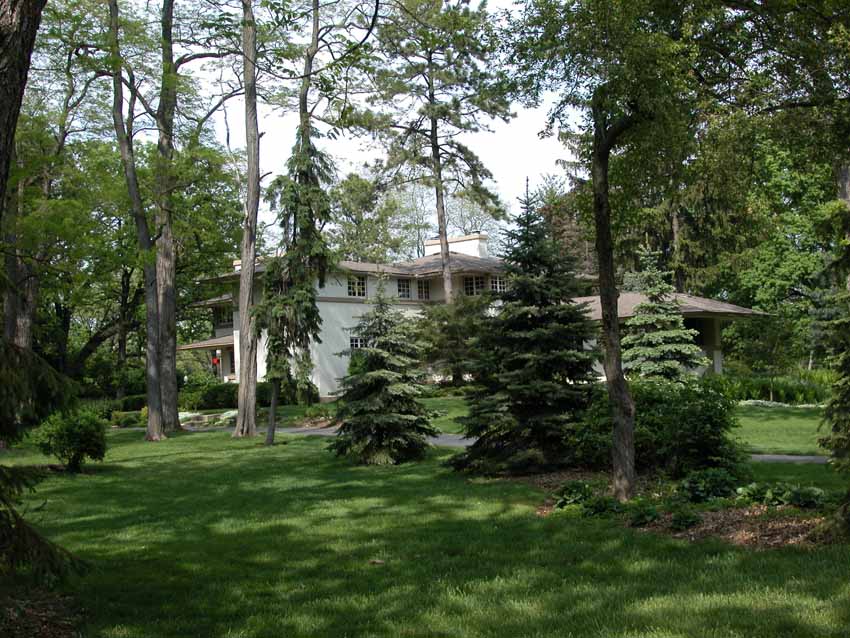 A look through the woods at the Gridley House

Storrer describes the Gridley House as a 2-story prairie and he states that they didn’t use art glass on the windows since it was set so far back in a HUGE lot. He says Mr. Gridley had financial trouble not long after the home was built and so there are not many records about the house. The basement is unfinished to the point where the floor is rubble and cement and has moved quite a bit. Storrer also goes on to say that the Wright-designed barn does not appear to have been built, though it might have been demolished. 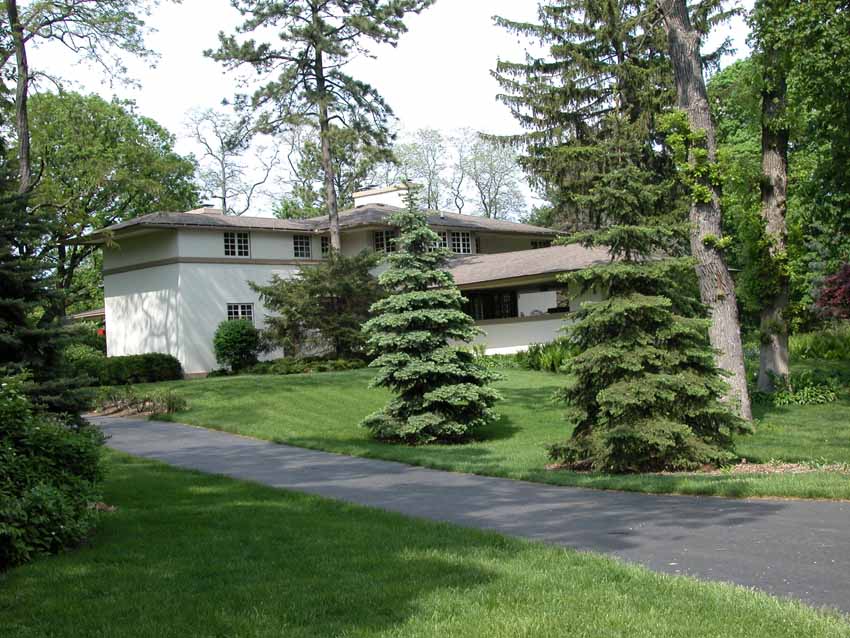 A look up the drive at the Gridley House. This is the back of the house if there is one. 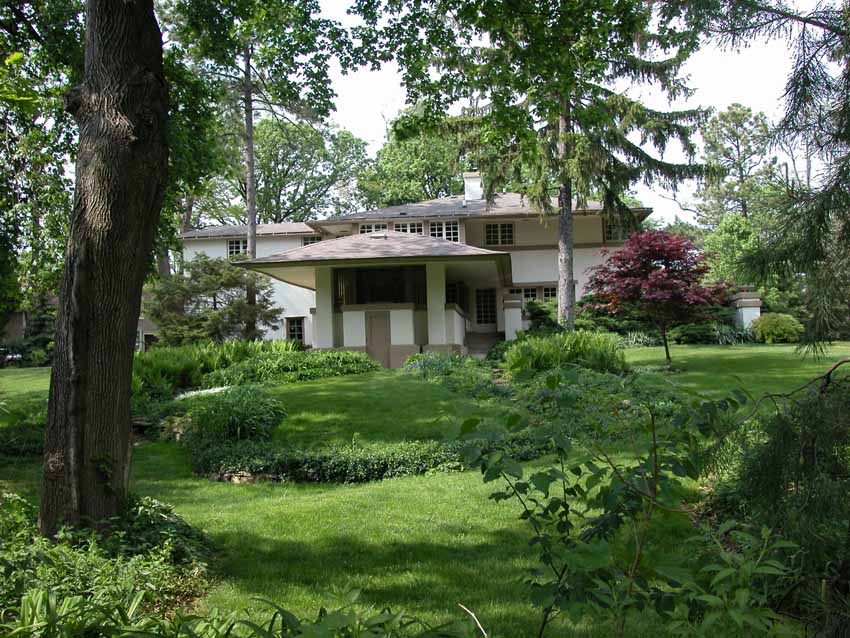 The ned of the porch. The overhanging eaves do their job and you can’t see any detail in the windows or under the porch. 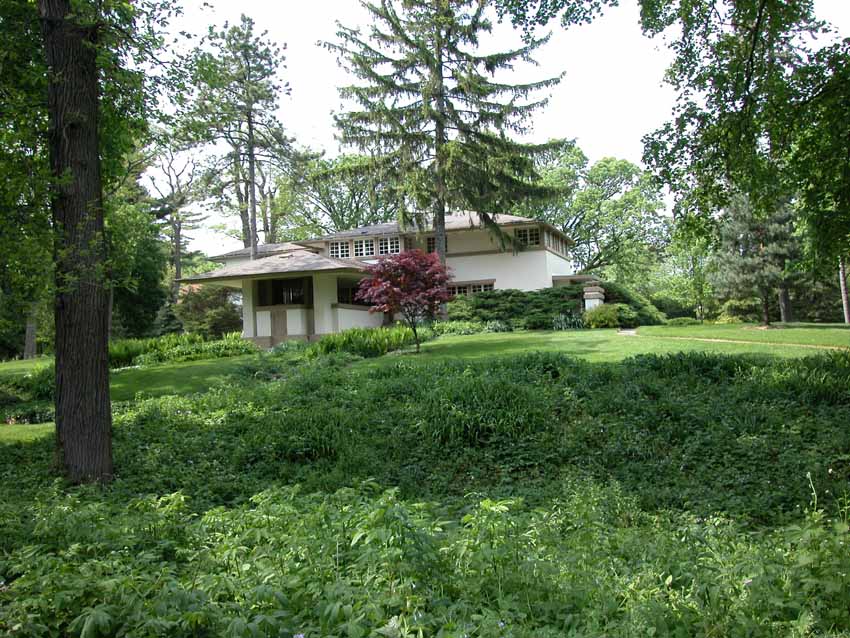 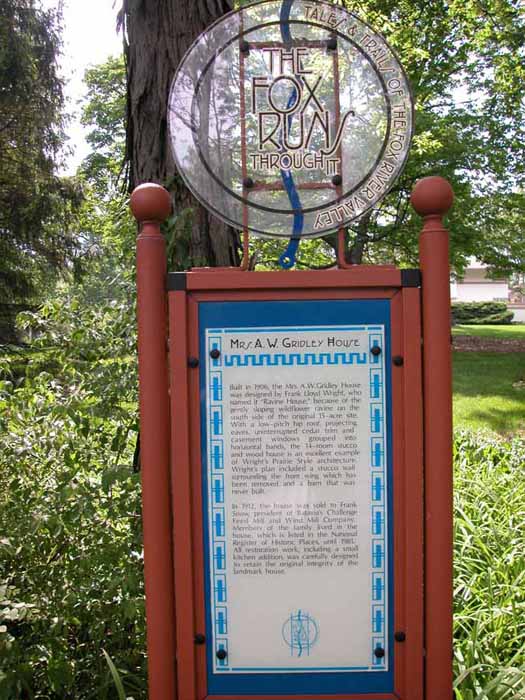 The local historical society has a nice sign up about the Gridley House. 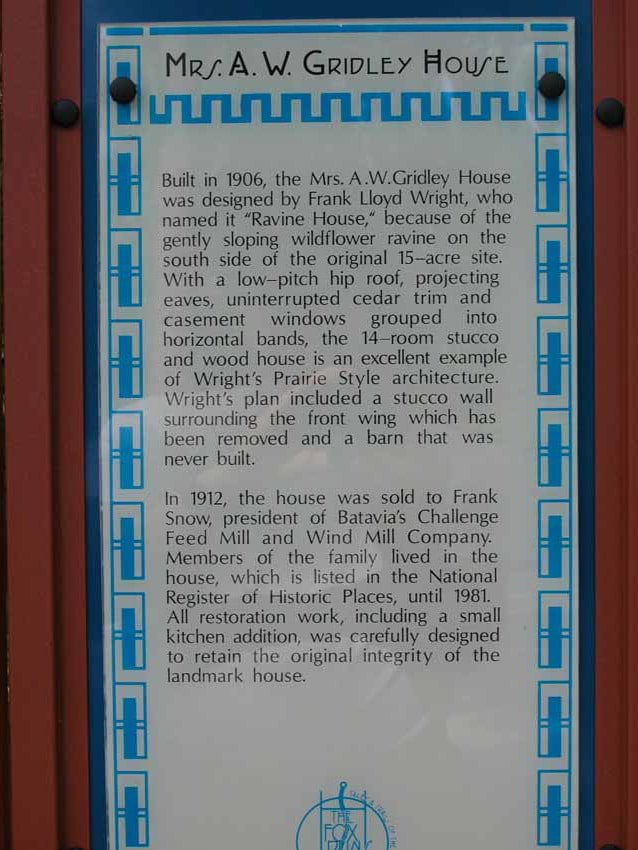 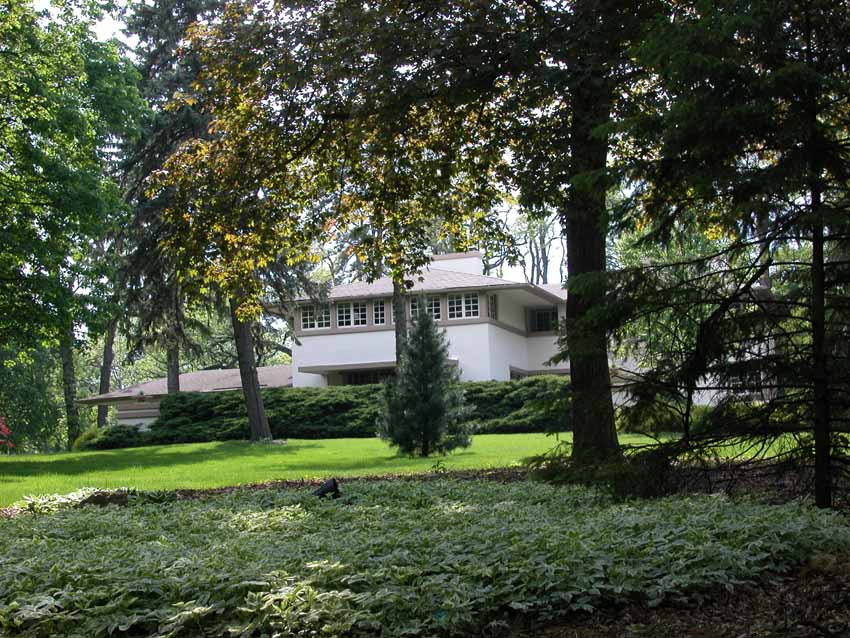 This is the side that faces the main street. 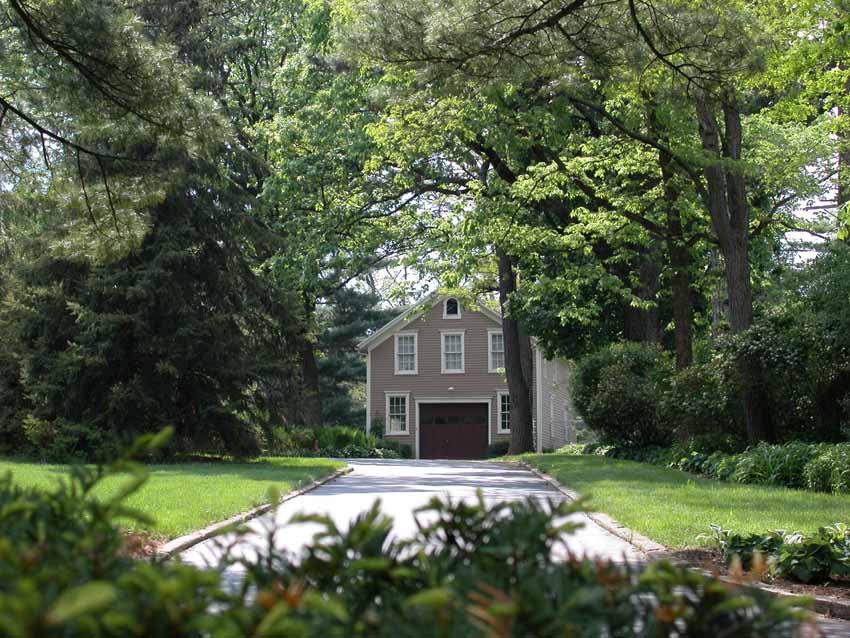 According to Storrer, this barn was originally the 1870s Batavia fire department. It has been renovated. 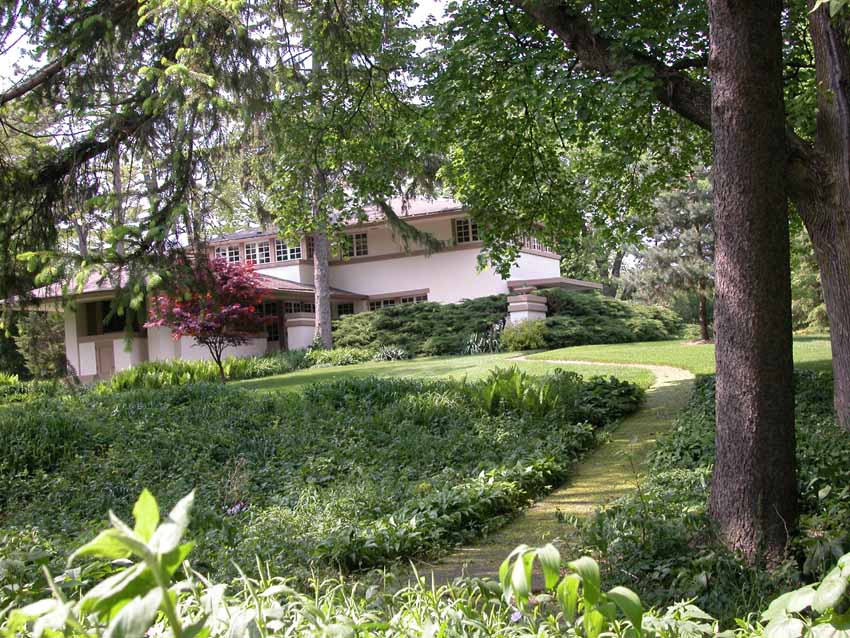 One last look through the trees.