Reverend Ziegler met Frank Lloyd Wright by chance on the boat bound for Europe in 1909.  The struck up a conversation and a commission was the result.  Since Mr. Wright was going to be traveling in Europe for a while, the plans were done by his colleagues back in Chicago.  The design is based on the “Fireproof House for $5000” and definitely looks the part.

From the outside, the home is beautifully preserved and really looks at home on its lot.  As is often the case with Wright buildings, it butts up to the property line (on the north side) with almost no extra space.  On the south side of the home, the view out the art glass windows was blocked by someone who built quite close to the property line. 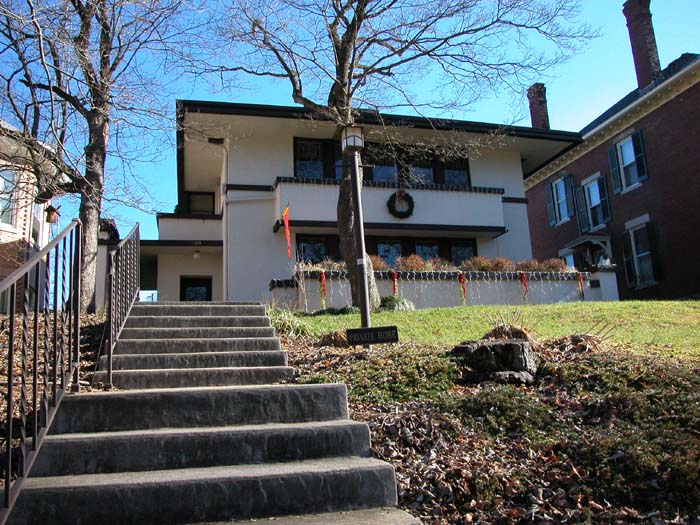 The view from the street is quite striking.  The way the lot is situated, the home is perched on top of a hill and is elevated 10-15 feet above street level.  That makes it look much more impressive.  It was built in 1910 with no supervision from the architect. 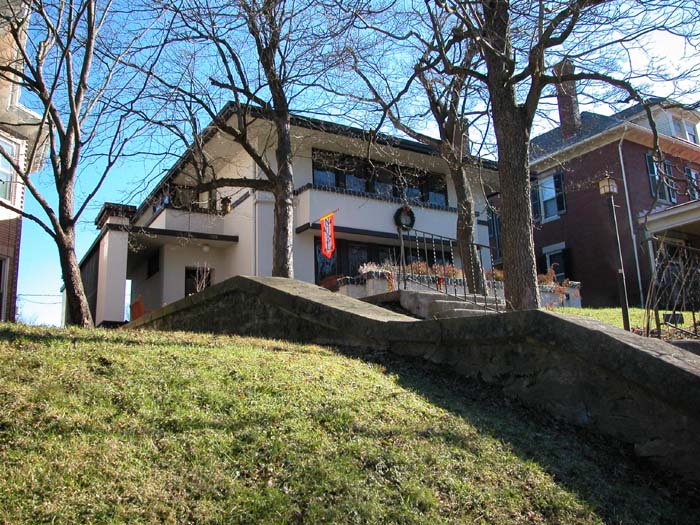 Ziegler house form the northwest corner of the lot 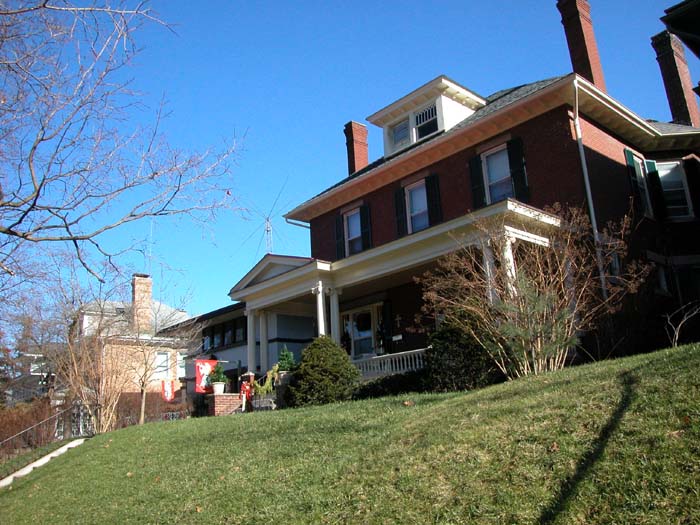 The Ziegler house tucked in behind its neighbor

The Zeigler house with its neighbors

This is one of the few Wright homes that is really distinctive, yet fits in with the other homes in the area.  It isn’t appreciably taller or shorter than the houses on either side.  Though the style is unique, it fits in with the rest of the neighborhood.  That said, even someone who wasn’t familiar with Wright’s work would not need the large historical landmark sign out front to see that the home has a unique design. 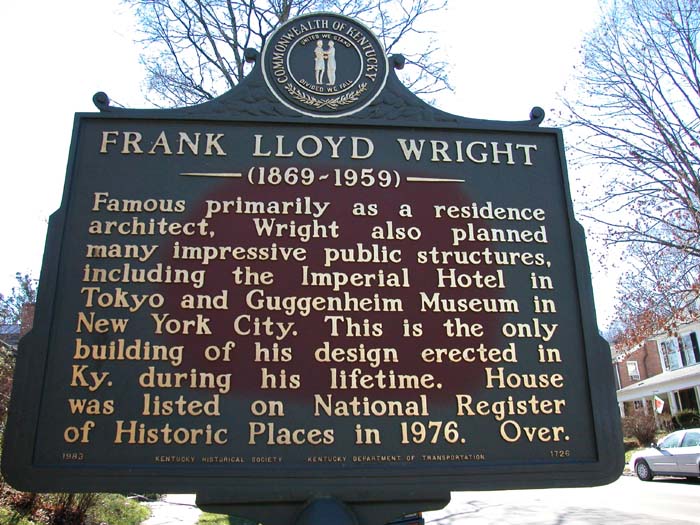 One side of the historical marker 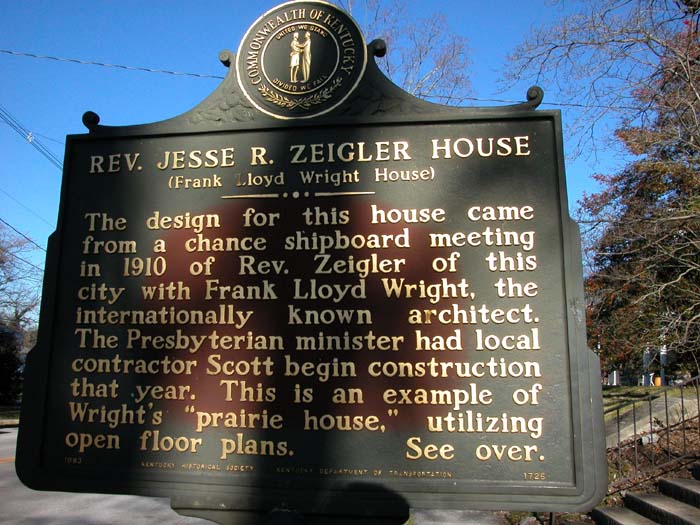 The other side of the historical marker

This is the only Wright building in Kentucky.  It is a wonderful representation of Wright’s work of the time.  It is even better that it is so well preserved.